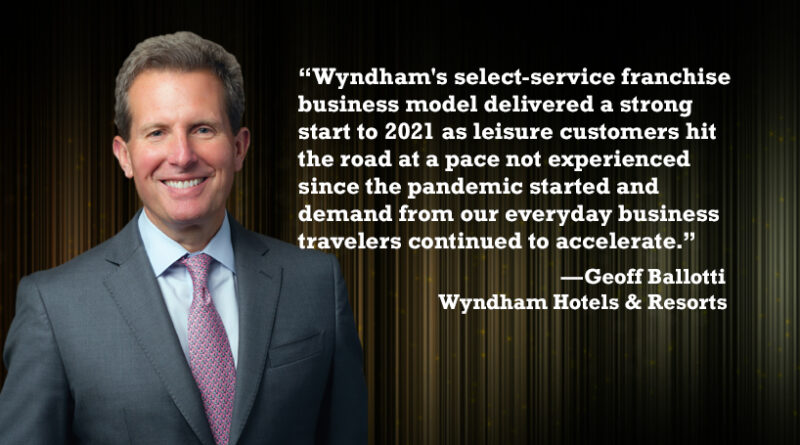 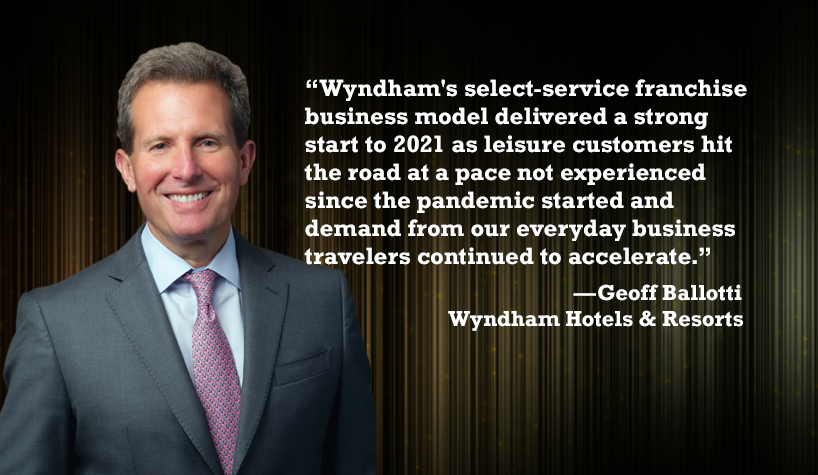 “Wyndham’s select-service franchise business model delivered a strong start to 2021 as leisure customers hit the road at a pace not experienced since the pandemic started and demand from our everyday business travelers continued to accelerate,” said Geoff Ballotti, president/CEO. “We were very pleased to see our development pipelines grow sequentially, both domestically and internationally, and our room openings and deletions improve year-over-year. We were also encouraged to see conversion room openings increase year-over-year, representing over 70% of total openings this quarter.”

The increase of $2 million, or $0.03 per diluted share, in net income was a result of the company’s COVID-19 cost mitigation plan implemented in April 2020, lower volume-related expenses and the absence of restructuring and transaction-related expenses, which were partially offset by the global RevPAR decline.

System size
During the first quarter of 2021, Wyndham’s global system grew 20 basis points, from 795,900 in Dec. 31, 2020 to 797,200 on March 31, 2021, reflecting strong growth in its direct-franchising business in China, primarily offset by the impact from supply chain delays on new construction openings in the U.S. As expected, terminations normalized in the first quarter and the company remains solidly on track with its goal of achieving a 95% retention rate for the full-year 2021.

At March 31, 2021, the company had $531 million of cash on its balance sheet and $1.3 billion in total liquidity. In April 2021, it redeemed all $500 million aggregate principal amount of its outstanding 5.375% senior notes due 2026, which also reduced its total liquidity to approximately $750 million. Wyndham expects this redemption to reduce its annual cash interest expense by approximately $27 million. Coupled with the issuance of 4.375% senior notes in August of 2020, this redemption effectively returns the company to pre-pandemic debt and liquidity levels while extending $500 million of maturity by approximately 2.5 years at a 100 basis point (or 19%) lower interest rate.

2021 projections
Wyndham is not providing a complete outlook for full-year 2021 given the RevPAR uncertainties ahead; however, it is updating the projections provided in February: