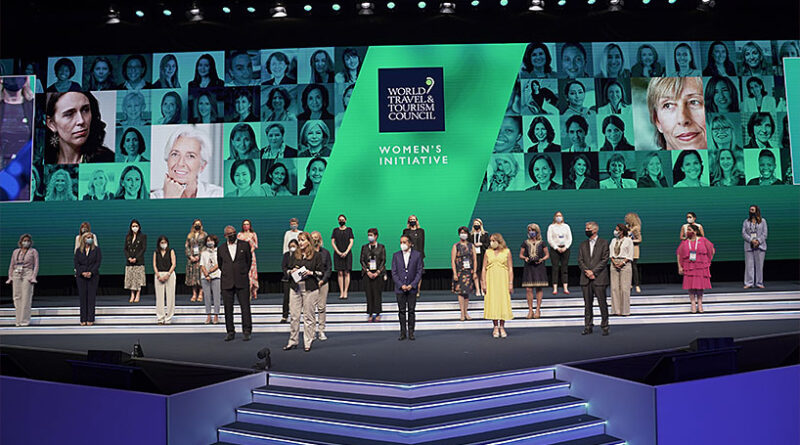 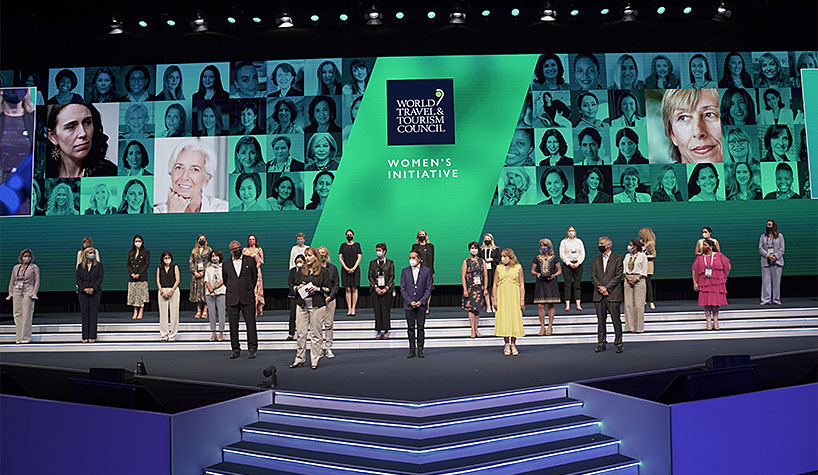 Travel and tourism leaders pledged to work towards women’s equality and boost female representation in leadership roles in an announcement before the World Travel & Tourism Council (WTTC).

The commitment came as WTTC, which represents the travel and tourism private sector, launched its Women’s Initiative, at its Global Summit in Cancun, with the help of 18-time Grand Slam singles title winner Martina Navratilova.

Gloria Guevara, president/CEO, WTTC, revealed the public-private-academic partnership to promote diversity and drive inclusivity which will help lead the way to achieving equality for women throughout travel and tourism. It led to the signing of the WTTC Cancun Women’s Declaration to support women, which recognized their contribution around the world and the importance of an equal equitable environment to enable them to thrive as leaders, entrepreneurs and innovators.

“As the first female president and CEO of WTTC, it is an honor to champion this important initiative,” said Guevara. “The pledge made today with the launch of the first Women’s Initiative in Travel and Tourism by a combination of the private, public and academic sectors to work towards women’s equality, marks a significant step forward. Globally, women have been disproportionately affected by the pandemic which has exacerbated the pay gap, the opportunity gap and the shocking lack of senior positions and leadership roles across the travel and tourism sector.”

She continued, “This needs to be changed, WTTC research shows women play a vital role and represented 54% of travel and tourism’s employment worldwide. Yet while more than half the sector is accounted for by women, all too few occupy any senior or strategic roles. Therefore, I’m delighted to share a platform today with one of the world’s greatest ever tennis players, Martina Navratilova, to help launch WTTC’s ground-breaking Women’s Initiative.”

Navratilova added, “Women have always had to outperform men, and whilst things are changing for the better, it is still a fight and a constant battle. Change happens much quicker when it comes from the top. Companies would be more profitable if more women were in positions of power and boardrooms were less homogenous and reflected the diversity of their customers. This is why I am delighted to be here with WTTC on the day it launches its Women’s Initiative. As an advocate for women’s rights, I know every act we take will help change the lives of women everywhere and make the world a fairer and better place.”

For the private sector in the short term, the Women’s Initiative has two core elements: developing skills and creating formal sponsorship and mentorship programs for young women in business.

It will encourage women to bring in new ideas and skills to broaden the wealth of experience and expertise from women at all levels across the entire travel and tourism sector. Senior women leaders will also be empowered to become mentors and share their skills and experience with the next generation of female travel and tourism leaders to nurture and develop new talent.

Where possible, companies will also be asked to assign a senior executive or board member to be a sponsor for gender diversity and inclusion, who is accountable for progress.

The private sector pledged to increase female representation of leadership positions by 30-50% and aim toward increasing by a third, the representation of women to board levels and C-suites, by 2030. There will also be a commitment to identify opportunities to reduce any gender pay gaps and implement gender diverse slate requirement for all open roles and to each year share progress and publish an action plan to achieve their goals.