The population of the smallest country in the world – Vatican City – is just 801, yet it is a fascinating place to visit with a rich and varied history. This guide looks at the top ten smallest countries in the world by population – some well-known and some a little more far-flung – but each with some great attractions worth experiencing.

By far the smallest country in the world by population, Vatican City is small in size too, covering just over 100 acres. Its head is the pope and it is governed as an absolute monarchy.

Completely surrounded by the Italian capital of Rome, it mints its own currency (euros) and issues official documents such as license plates and passports. It also has its own national anthem and flag.

Its population is largely made up of clergy, most of whom are in diplomatic positions around the world and rarely live in Vatican City itself. One of the most sacred places in Christendom and the head of the Catholic Church, Vatican City has much Renaissance and Baroque art and architecture to admire.

The main attraction is St Peter’s Basilica, the largest religious building in the world which was erected over the tomb of St Peter the Apostle. The Basilica is also home to Michelangelo’s pietà, the white marble sculpture of the Madonna and Christ’s body.

You can also see the Vatican Museums and art galleries, which is where you will discover the world-famous Sistine Chapel. 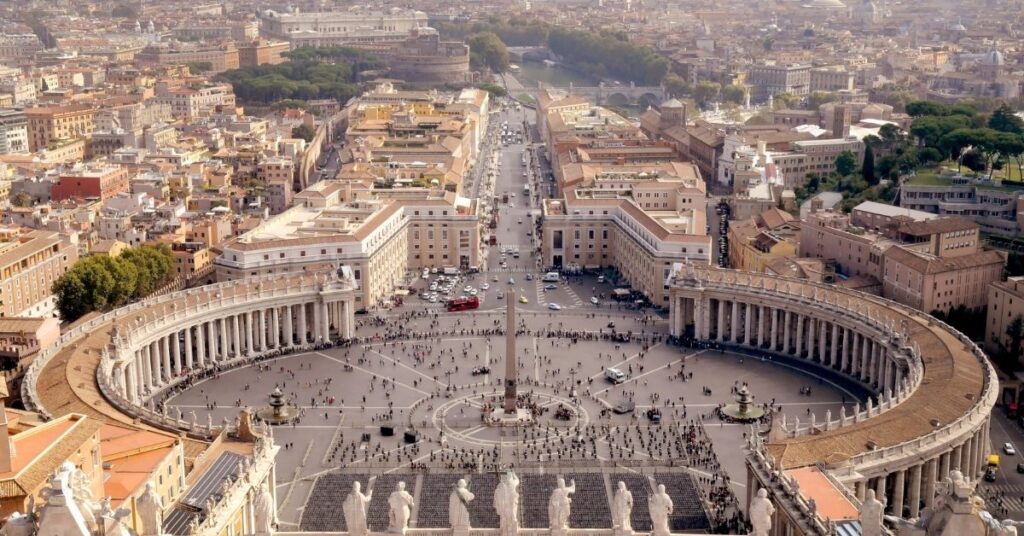 Once named ‘Pleasant Island’ by the first Europeans to visit it, Nauru is the second of the smallest countries in the world by population. Originally settled by Polynesians and Micronesians over 3,000 years ago, this tropical Pacific island is located 800 miles northeast of the Solomon Islands.

It has had a troubled past- annexed and ruled by various countries, and occupied by the Japanese during WWII – until it finally gained its independence in 1968. Once considered one of the world’s richest countries due to its thriving phosphate industry, the subsequent depletion of its mines left Nauru with a very limited economy.

Although it sees little tourism and has few facilities, it is a beautiful place to visit, with white sandy beaches and a coral reef. It also offers lots of opportunities for game fishing and is dotted with interesting relics from WWII, including prisons and large Japanese guns.

Another of the smallest countries by population is the Pacific nation of Tuvalu, located roughly midway between Australia and Hawaii. It is an archipelago – made up of nine coral islands. Coastal erosion and rising seas have made life difficult on some of them and the majority of the population lives on Fongafale.

Tuvalu was once known as the Ellice Islands and was part of the British Gilbert and Ellice Island Colony until it gained independence in 1978, although it still has the British monarch as head of state. It receives very few visitors and its tourist industry is virtually non-existent, yet the lack of commercialism on the islands makes them ideal if you prefer to travel to somewhere off the beaten track.

Most islanders speak English, there are a few guesthouses and there is an incredible marine environment to enjoy, with crystal clear waters and year-round high temperatures.

The hundreds of islands that make up the archipelago of Palau in the western Pacific also form one of the smallest countries by population. Palau is a sovereign state which originally formed part of the Pacific Islands Trust Territory administered by the United States, until it became an independent republic in 1994.

Palau is undoubtedly one of the most pristine and beautiful countries in the world. Its islands are composed of volcanic and limestone rock, covered in verdant forest, and surrounded by stunning turquoise waters.

Diving is the chief attraction here but there are also many off-road driving experiences to enjoy. Palau is keen to maintain its natural beauty and requires its visitors to sign a passport pledge on arrival, promising to behave in an ecologically and culturally responsible way throughout their stay. 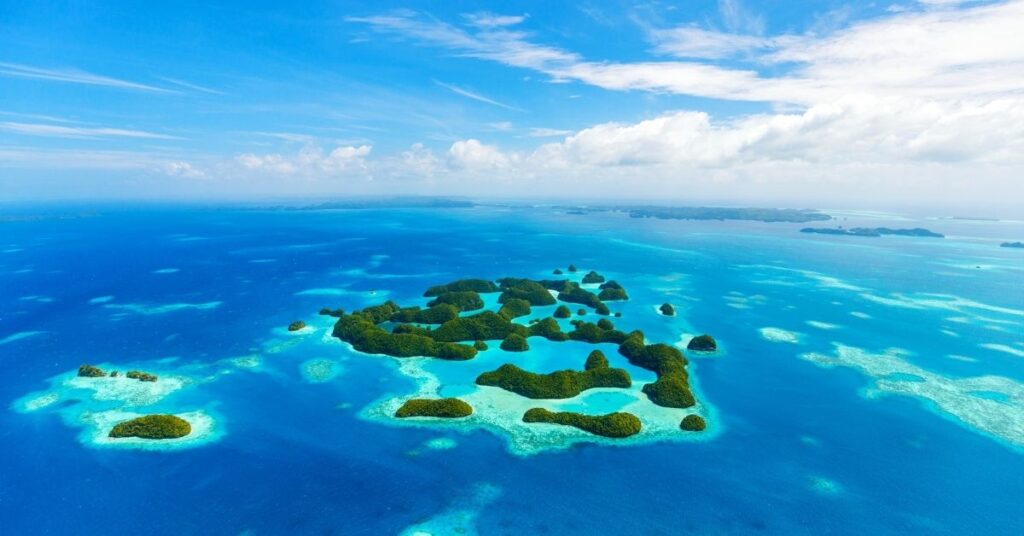 Not just one of the smallest countries in the world by population, San Marino – located on the slopes of Mount Titano on central Italy’s Adriatic side – is also the world’s oldest surviving republic.

The final remaining echo of Italy’s city-state network, it is landlocked and surrounded by Italy on all sides. But its citizens are not Italian – they are Sammarinese and very proud of their independent country. Both Mount Titano and the center of San Marino were designated a UNESCO World Heritage Site in 2008.

The country enjoys a mild, temperate Mediterranean climate and has much to offer its visitors! The views from the historic capital (also called San Marino) are expansive and jaw-dropping, particularly if you choose to climb the towers of the fortress walls.

You can also watch the Changing of the Guard at the public square – the Piazza Della Liberta – or visit its iconic town hall, the Palazzo Publica. 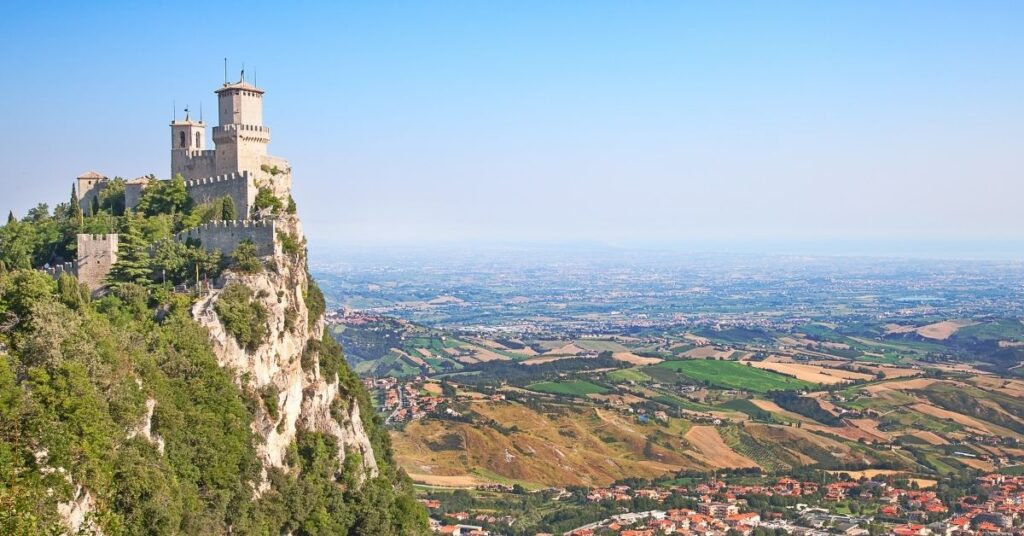 Want to connect with fellow long-term travelers? Join our Facebook group and the conversation.

PSSST. SafetyWing finally covers COVID. I’ve been using their Nomad Insurance since 2019. It’s the perfect solution for nomads like me. Don’t leave without your travel insurance.

The sixth smallest country in the world by population is Lichtenstein, which has been an independent state under the rule of the Princely House of Lichtenstein since 1719.

The only country in the world with its territory 100% in the Alpine region, it is landlocked between Switzerland and Austria. Its largest city is Schaan and its capital is Vaduz, with a population of just 5400 residents.

Vaduz is a fascinating place to visit, with awesome views of stunning landscapes, along with castles and historic architecture. It also has museums, most notably the National Museum and the Lichtenstein Museum of Fine Arts.

With its lowest elevation over 1400 feet above sea level, Lichtenstein is a popular winter destination. You can enjoy everything from exhilarating hikes to all kinds of snow sports, particularly in the village of Malbun where you can ski, skate, snowboard, and more.

The Principality of Monaco – with its casinos and reputation for decadence – is as well known for being a luxurious haunt for the rich and famous as it is for being one of the world’s smallest countries by population.

Located along the Mediterranean Sea in the resort region of the Cote D’Azur (the French Riviera), Monaco – which covers just 200 acres – is divided into four sections known as ‘quartiers’.

One is ‘The Rock’ – a headland on which the Old Town sits. But perhaps the most popular is the Monte-Carlo casino district, named in 1866 after Prince Charles III, who was behind its development. The beautiful Casino de Monte Carlo is well worth a visit, even if just to admire the Belle Époque architecture of the marble and gold building.

Home to the Formula One Grand Prix, Monaco has a mild Meditteranean climate, with some great beaches. It also has some interesting ancient history, with the Museum of Prehistoric Anthropology preserving evidence of Stone Age settlements. 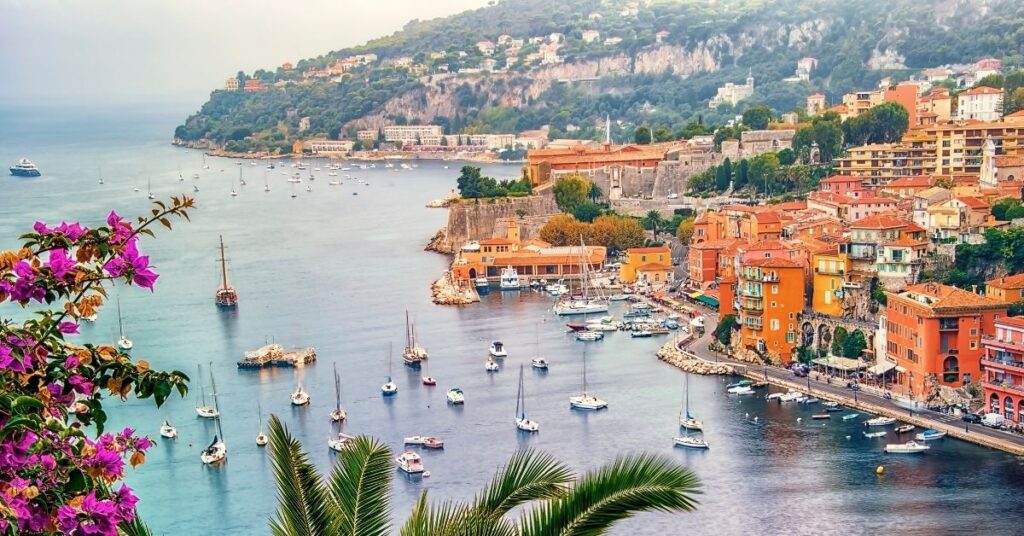 Saint Kitts and Nevis is a dual island nation of the Lesser Antilles, located between the Caribbean Sea and the Atlantic Ocean. Its islands were among the first to be colonized by Europe, although they gained independence in 1983, with Queen Elizabeth II as head of state.

The capital is Basseterre on St Kitts, but the islands are only 10 minutes apart by boat, so it is very easy to travel from one to the other. In fact, it is a good idea to see both, as they each have their own charms and points of interest.

The islands have the beautiful beaches and clear waters that you hope for in a Caribbean destination, along with rainforests to explore and cloud-shrouded mountains to hike. There are also some magnificent houses to see which were originally sugar plantations. 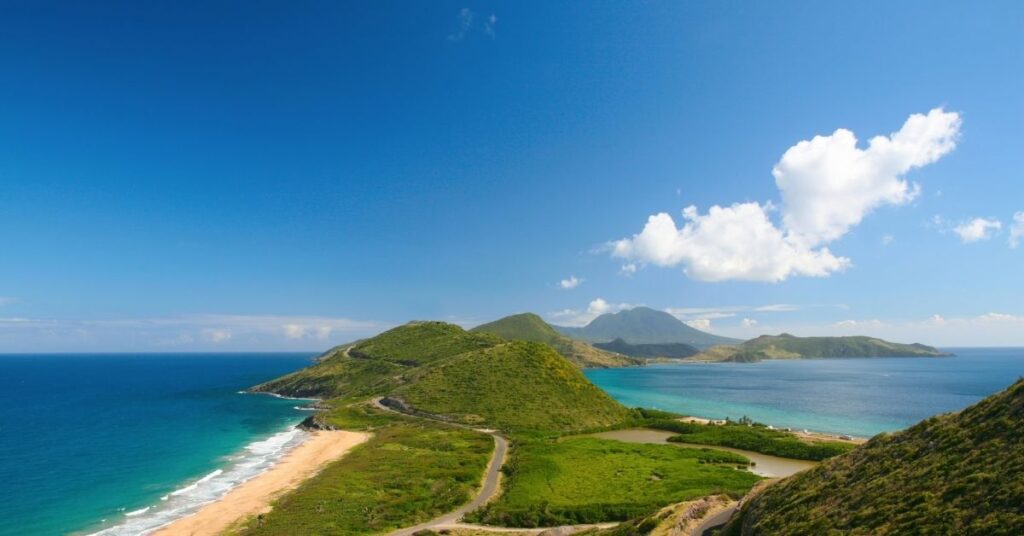 Administered by the United States as part of the Trust Territory of the Pacific Islands until 1986, the Marshall Islands are now a sovereign nation located between Hawaii and the Philippines in the central Pacific.

In addition to being the ninth smallest country in the world by population, they are also one of only two countries in the world to be completely made up of low-lying atolls, interspersed by volcanic islets.

The Marshall Islands receive very few visitors, so the tourism infrastructure is extremely limited – even Majuro, the capital, has only two hotels. But things are slowly developing, with a few of the islands offering small resorts. These give visitors the opportunity to relax in the tropical surroundings and – quite literally – get away from it all!

Tenth in our list of the smallest countries in the world by population is Dominica, an island formed by volcanic activity in the eastern Caribbean sea. Once colonized by Great Britain, it became an independent republic in 1978 and is nicknamed ‘the Nature Isle of the Caribbean’. It is easy to see why!

Lush and beautiful, Dominica’s land is very fertile, and whilst it offers all the typical attractions of golden beaches and world-class diving, it has lots of interesting geothermal features too.

In addition to several active volcanoes, you can visit the hot sulfur springs at Wotten Waven or the volcanically heated Boiling Lake at Mome Trois Pitons National Park. There are also plenty of opportunities for hiking through the rainforest and admiring all the local flora and fauna. 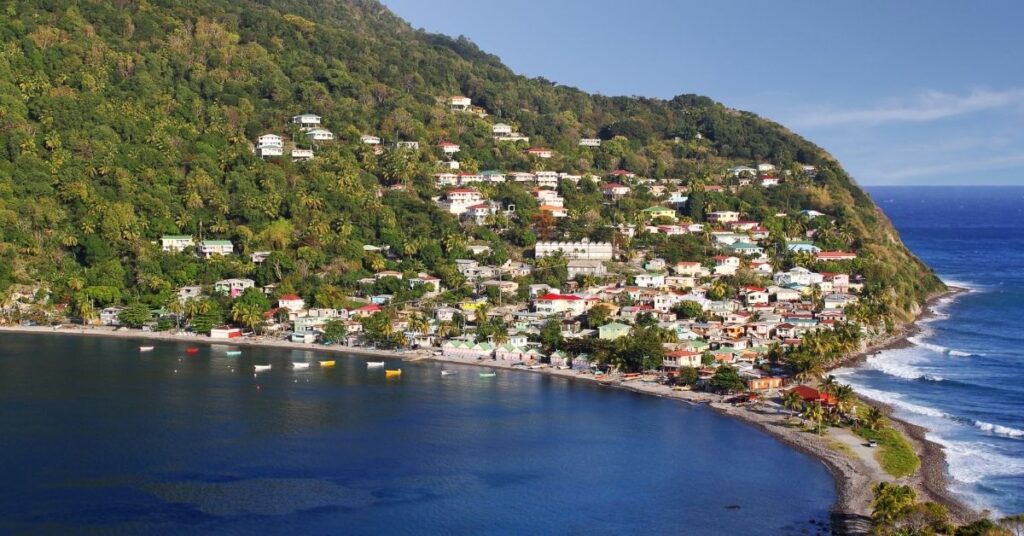 I hope you have been inspired by this guide, which shows that many countries with the smallest populations also receive the fewest visitors. This means they have retained their natural charm and beauty and are just waiting to be explored.