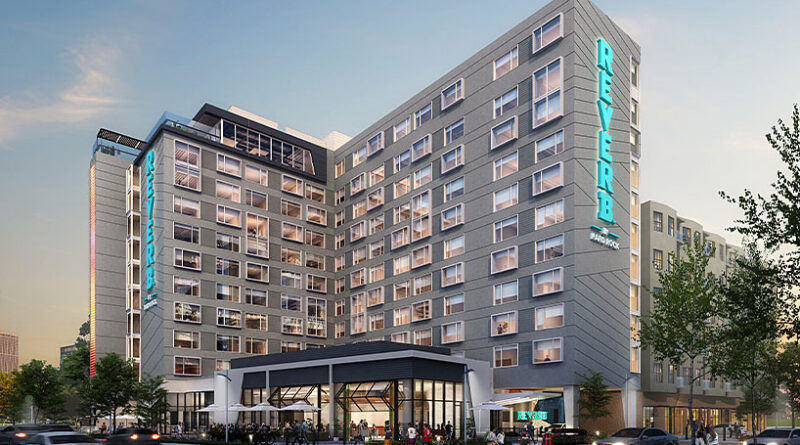 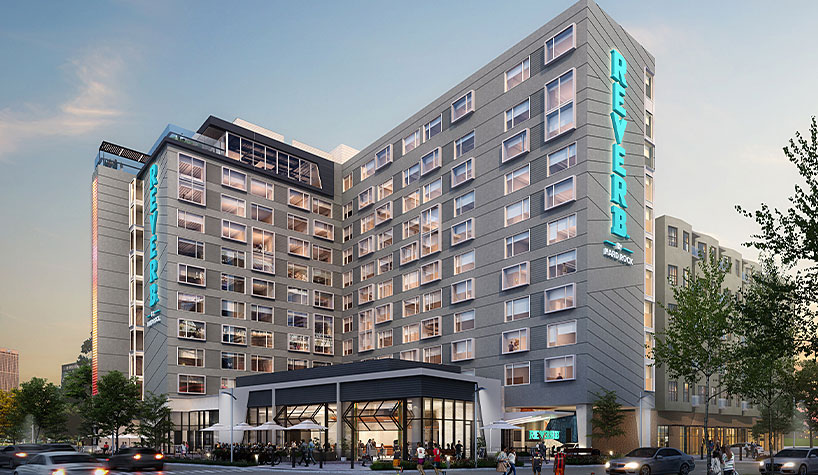 Tampa will be the home of the latest addition to Hard Rock’s Reverb brand, plus other projects are underway. Here’s a look:

Reverb to Expand to Tampa
Hard Rock Hotels has revealed plans for development with Hakeem Investments for a new addition to the Reverb by Hard Rock portfolio in Tampa, FL.

The project is currently in the design process, with greater detail on property specifics to be released at a later date. In addition to any features unique to the Tampa location, the property will include offerings that will be showcased throughout every Reverb hotel nationwide.

The eight-story hotel will have several F&B destinations. Amenities will include a private spa, swimming pool, an interior courtyard, screening room and board rooms.

The first hotel in the U.S. under the Barrière brand, Hotel Barrière Le Fouquet’s New York will display the French spirit and elegance that lives at every one of its properties, together with a constantly evolving tradition of whimsical charm presented with “elegance, sensuality and irreverence,” according to the company.

The resort will have 280 oceanfront swim-up suites, incorporating family-friendly amenities such as two bathrooms in every suite, as well as design elements including art pieces pulled from beloved show archives and furnishings inspired by Nickelodeon’s colors and current and past characters, including Teenage Mutant Ninja Turtles, SpongeBob SquarePants and Dora the Explorer. In addition, the property will have four rooftop, penthouse-style Signature Suites, including the Pineapple Suite and the first-ever Turtle Lair Suite, dedicated to the Teenage Mutant Ninja Turtles.

At the center of the resort’s entertainment offerings is Aqua Nick, a six-acre themed water park with 2,000 sq. ft. of slides and more than 1,820 sq. ft of river rides, including a Lazy River and a faster-paced Adventure River, with complimentary and early access offered to guests. Park amenities also include the Bikini Bottom Beach, a Slime Spot, Paw Patrol Adventure Bay, an interactive water playground and Soak Summit with 10 single- and double-rider slides, including a multi-lane racing format.

The brand is being brought to Riviera Maya by Grupo Lomas.