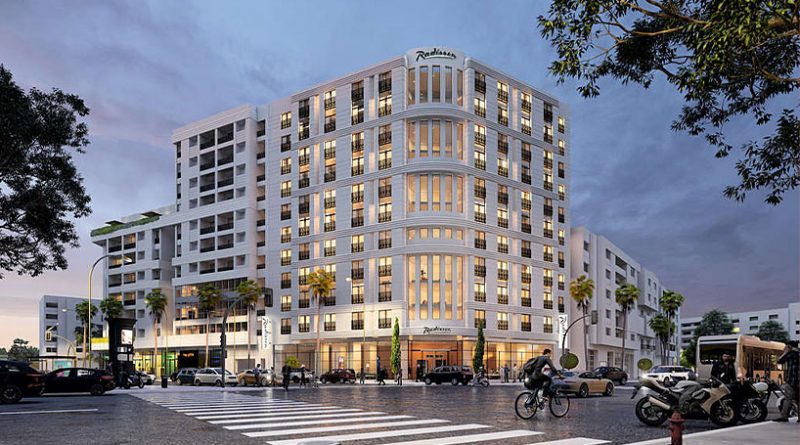 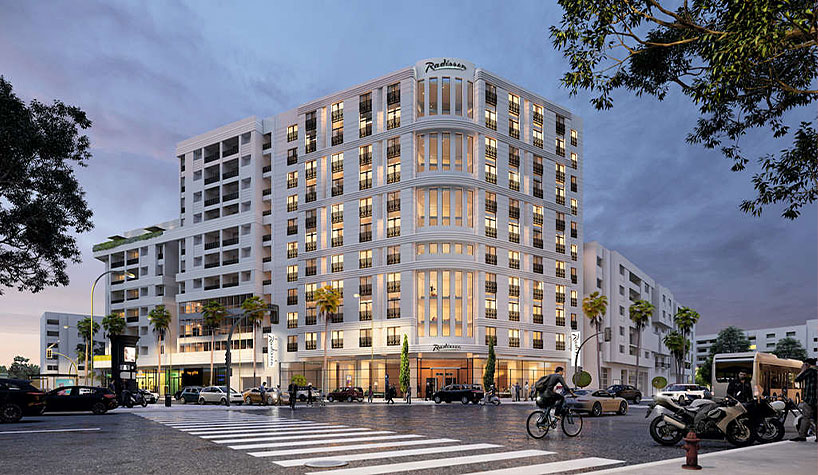 Radisson Hotel Group has signed nine hotels in North Africa to date this year. This has boosted the group’s North Africa portfolio, comprising the Maghreb countries along with Libya and Egypt, to more than 30 hotels in operation and under development, placing them on track to reach more than 50 hotels by 2025.

“We are delighted to be leading the market in North African hotel expansion, setting a record for ourselves and the industry,” said Alban Mabille de Poncheville, director, development, North Africa, Radisson Hotel Group. “Our flagship brand, Radisson Blu, has been one of the leading brands in the region, and as we continue to grow and diversify across North Africa, we look forward to capitalizing on our brand name and introducing new brands in the area such as Radisson in the upscale segment and Radisson Collection, our entry level luxury brand. The market has shown a great potential in various segments, but also in different product types, from resorts to city hotels but also serviced apartments and boutique hotel offerings. We aim to further accelerate our presence across all North African countries and key cities, and also expand in new touristic areas as recently announced with the launch of our resort offerings across Morocco.”

In response to the need for independent hotel owners to gain further brand exposure and consumer confidence, the group launched a new brand, Radisson Individuals, aimed at individual hotels with strong service scores and existing hotel identities who wish to remain independent or may be considering overtime transitioning to one of the group’s core brands.

Mabille de Poncheville added, “This initiative further demonstrates the ability for our group to provide solutions that not only supports our partners but also reflects our focus on conversions with a tailored offering which provides all the benefits of our network and scale with limited pre-requisites.”

The results of the pandemic have shown two major trends: the resilience of serviced apartments across the industry and the rapid growth of leisure and domestic demand. The group’s recent signings respond to those trends, but also cement their future in benefiting of the post-COVID recovery with a balance and adequate presence covering all segments and capitalizing on market priorities.

“Conversions have and will continue to remain a priority in our expansion strategy, especially post-pandemic, as there is less liquidity for newer developments,” he said. “We therefore seek to form wider partnerships and strategic ventures with local or regional chains and forge ahead with our city scale and critical mass strategy.”

As part of the group’s new African development strategy, the African regions have been subdivided based on priorities, focus and potential scale. Egypt and Morocco have been identified as the group’s focus countries for North Africa due to the opportunity to leverage further synergies and operational support through a clear development plan in these markets.

Morocco
As Africa’s No. 1 tourism destination, driven by the constant growth in corporate and leisure segments, Morocco has been identified as a priority to support Radisson Hotel Group’s growth journey and deliver these operational efficiencies.

Elaborating on the group’s Moroccan expansion strategy, Mabille de Poncheville said, “Our development approach in Morocco is based on two pillars:

Firstly, proactively establishing a presence and growing our portfolio in each of the key cities, namely Casablanca, Marrakech, Rabat and Tangier. We are confident that our multiple brands and different operating models, such as hotels and serviced apartments will have a positive performance in these markets.

Secondly, the diversification of the countries unlock further opportunities for city breaks, beach resorts and cultural tours. In addition to these already established cities, the company sees the emergence of new destinations such as Al Hoceima, Saïdia and Taghazout, each showcasing a strong potential to complement our existing footprint.”

To date this year, Radisson Hotel Group has secured record growth in Morocco with an additional nine hotels, all aligned with this development strategy, some of which include the debut of its Radisson brand in Casablanca with the signing of Radisson Hotel Casablanca Gauthier La Citadelle, as well as the recent partnership established with Madaëf, the leading Moroccan investment company, which translated to seven additional hotels across key leisure destinations in the country.

“From our 2016 debut in Morocco with the opening of Radisson Blu Hotel Marrakech, Carré Eden, our robust development strategy and dedication to contribute to the growth of the country have placed us firmly on track to exceed our ambition to reach 15 hotels in operation and under development in the country by 2025,” he said.

Egypt
In Egypt, Radisson Hotel Group is proactively looking at its capital city, Cairo, for both hotels and serviced apartments.

“There is evident potential for our core brands, Radisson Blu and Radisson, through greenfield projects in newly developed areas in particular, the new administrative area as well as conversion opportunities in established parts of the city, covering both corporate and leisure demand,” he said. “We have also identified the potential for our lifestyle select brand, Radisson RED, filling a gap in the market for a hotel of this kind, in select locations.”

Further expanding on the group’s leisure offerings and the growth of domestic tourism, it has identified growth opportunities along the Red Sea, with a priority to re-enter Sharm el Sheikh to reinforce and complement its resorts portfolio in the country and across North Africa.

The group has also defined a clear strategy for countries like Algeria and Tunisia where they have established world-class hotels and resorts and are now capitalizing on its success, expanding within the capital cities such as Tunis and Algiers. The ambitions in these markets are driven by creating critical mass and also ensuring market proximity.

Algeria
The group’s current portfolio in Algeria consists of one hotel in operation, the Radisson Blu Hotel, Algiers Hydra and another under development, also within Algiers. With a strategy to create critical mass in key cities such as Algiers, Constantine and Oran with a multi-brand approach, focusing on the Radisson Blu and Radisson brands and a strong potential identified for Serviced Apartments, Radisson Hotel group aims to add five additional hotels to this portfolio.

“Complementing this strategy in Algeria, we have also identified secondary locations we’d like to add three more hotels to, focusing on the Radisson and Park Inn by Radisson brands,” said Mabille de Poncheville. “We believe Algeria has the potential to become a top travel destination due the diversity in its landscape, from coastal and mountainous to desert. This also allows the country to position itself as the alternative destination for the Mediterranean, especially with its abundance of national parks and leisure activities.”

Tunisia
Radisson Hotel Group’s initial presence in Tunisia, a country with strong beach, adventure and eco tourism, focused on resort locations such as Djerba and Hammamet where the group currently operates two resorts.

“Our current expansion strategy in Tunisia takes on a proactive approach in the capital city, Tunis, focusing on the Radisson Blu brand and our serviced apartment offerings. Here we see an opportunity to add three additional hotels to our current portfolio of four hotels in operation and under development,” he said.

The group also plans to reinforce its brand presence in resort and MICE locations such as Tunis la Gammarth, Sousse and Hammamet, where they look to add a further two hotels.