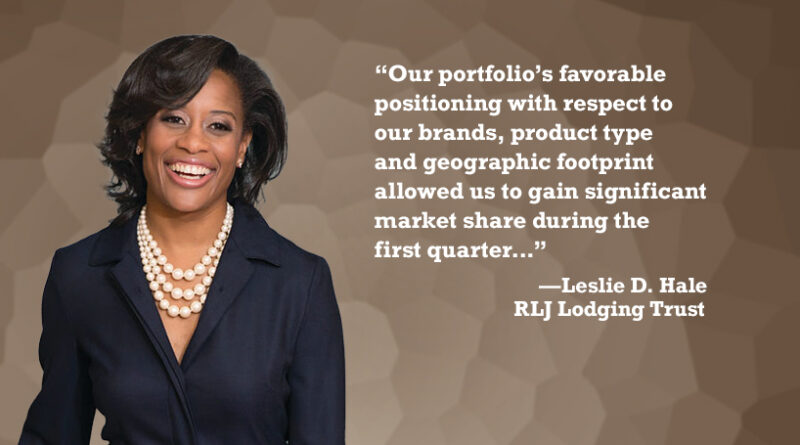 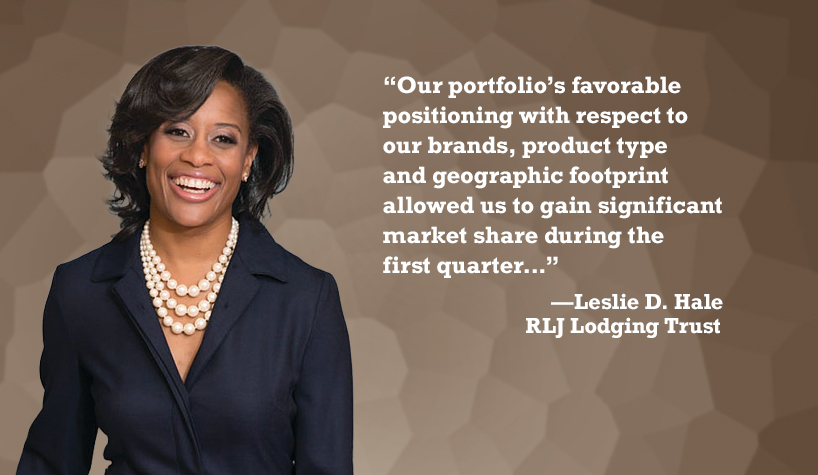 RLJ Lodging Trust, for the three months ended March 31, reported a net loss of $79.1 million. First-quarter RevPAR was $50.99, down 52.4% from Q1 2020. Occupancy for the quarter was 43%, a 29% decrease from the same period last year. However, rising demand led to the company achieving positive EBITDA for the first time since the pandemic took hold.

“We are encouraged by the acceleration in lodging demand that we saw throughout the first quarter and are pleased to see the relative outperformance of our portfolio unfold, as we had expected,” said Leslie D. Hale, president/CEO. “Our portfolio’s favorable positioning with respect to our brands, product type and geographic footprint allowed us to gain significant market share during the first quarter and enabled us to achieve positive corporate EBITDA for the first time since the pandemic unfolded. The strong start to the year has increased our confidence in the strength of the lodging recovery. Against this improving backdrop, we are well-positioned to unlock our embedded growth catalysts and to outperform throughout the recovery and beyond.”

The improvement in hotel-level cash flows lowered RLJ’s average monthly burn rate for the quarter to approximately $14.0 million (excluding capital investments), which was 30% below the low end of the company’s prior estimated range of $20 million to $24 million.

For the second quarter of 2021, the company estimates that average monthly cash burn will be approximately $16 million to $20 million (excluding capital investments). The current range is inclusive of hotel-level operating shortfalls, taxes and insurance, corporate-level cash general & administrative expenses and other corporate-level outflows, including interest and scheduled principal payments on the company’s outstanding debt as well as common and preferred dividends. The company’s cash burn during the second quarter will include $14 million in semi-annual interest payments that are due in June, on its senior notes.

Update on hotel reopenings
As of March 31, RLJ had 97 hotels open, representing 96% of its portfolio, and subsequently reopened one hotel in April. The company will continue to evaluate market conditions with respect to reopening the remaining three suspended hotels, of which two are located in New York City and one in San Francisco. All open hotels continue to operate under aggressive operating cost containment plans, including reduced staffing; minimizing non-essential amenities and services; and modified food and beverage offerings.

Dispositions
The company closed on the sale of the 112-room Courtyard Houston Sugarland on Jan. 21 for approximately $4.4 million and recorded a net gain on sale of approximately $1.1 million.