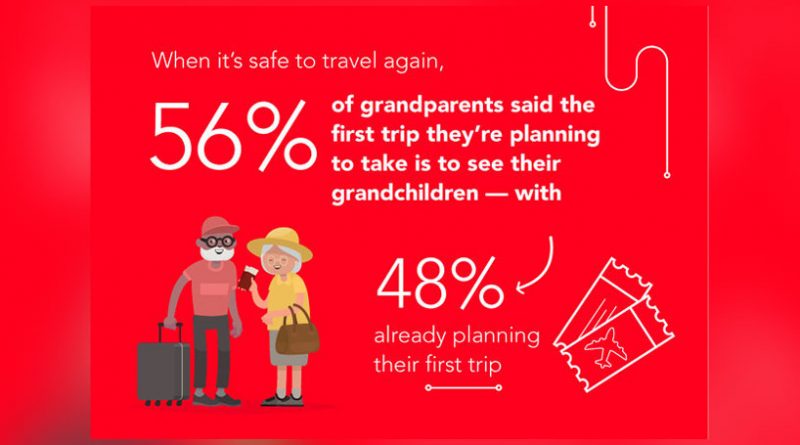 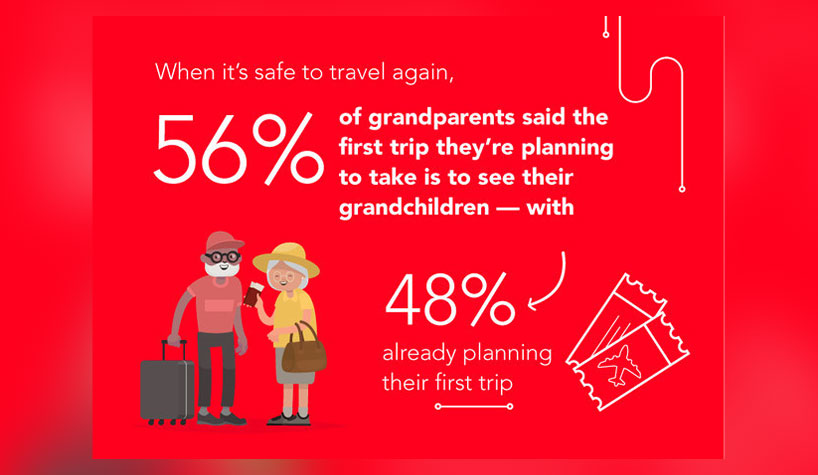 Two in five (42%) U.S. grandparents have had a grandchild born since the beginning of the COVID-19 pandemic, according to new research from Motel 6. The economy lodging brand released a new survey revealing that as it becomes safe to travel again, 56% of grandparents said the first trip they’re planning to take is to see their grandchildren—with almost half (48%) already in planning their visit.

“As more and more Americans feel ready to travel again, we are thrilled to be able to take part in some of these much-needed family reunions,” said Rob Palleschi, CEO, G6 Hospitality. “We will continue to leave the light on for all guests, whether that be grandparents staying with Motel 6 on the way to visit family or as a way to socially distance and remain safe for upcoming family visits.”

The survey, which polled 2,000 U.S. grandparents, found that it has been more than seven and a half months since the average grandparent has last seen his or her grandchildren in person. Additionally, three in five (59%) grandparents spent less time with their grandchildren because of the pandemic—and, of those, 82% said that was the hardest part of the past year.

This separation over the past year has been especially difficult for grandparents, and of those who have not yet met their new grandchild, nearly 70% say it’s what they’re looking forward to most after the pandemic.

One-fifth (21%) of grandparents said at least one grandchild lives out of driving distance, although three in five (59%) said they plan to spend more time with their grandchildren in the coming year than ever before. The top three places that grandparents are most looking forward to traveling with their grandkids are mountains, beaches and campgrounds.