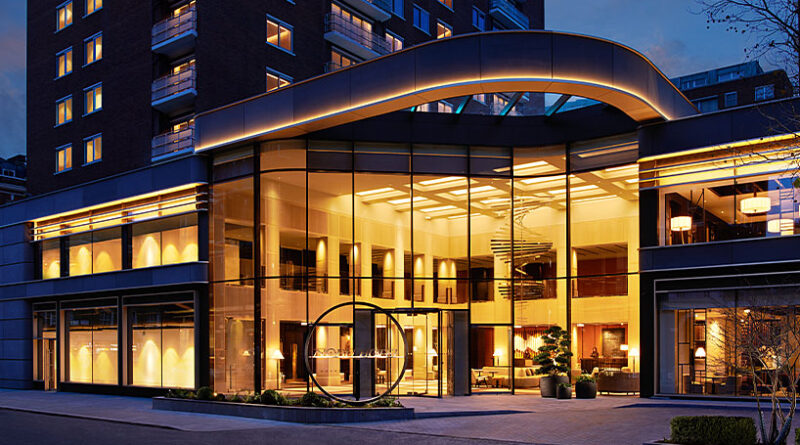 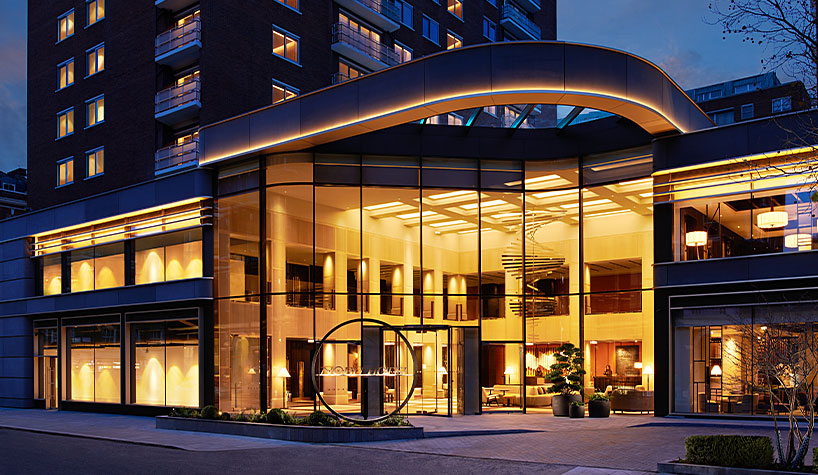 LONDON—New hotels are opening or under development in this historic city. Here’s a look:

Located on a prominent corner of Marylebone’s Portman Square, the hotel has a signature Nobu Restaurant and Nobu Bar with a year-round terrace, plus a fitness center and wellness facilities. A 600-person ballroom launches in 2021.

David Collins Studio is responsible for the hotel’s public spaces, including the lobby, The Lounge, Nobu Bar and Restaurant, outdoor terrace, ballroom and boardrooms.

The Londoner to Open in April 2021
Taking center stage on Leicester Square, The Londoner will welcome arrivals from April 2021, not only placing guests in the world’s first super boutique hotel, but also at the heart of the West End theater district.

Opening across 16 stories, the hotel will have 350 guestrooms, suites and a tower penthouse with panoramic views, two private screening rooms and a mix of six concept eateries, as well as an expansive ballroom, a variety of meeting spaces and a results-driven gym and wellness center.

Its contemporary aesthetic crafted by Yabu Pushelberg will complement the 16-story architecture by Woods Bagot. The Londoner is a member of the Preferred Hotels & Resorts Legend Collection.

Citizen M London Olympia, which is set to open in 2023, will include 145 rooms, three meeting rooms and a living room open to the public in the listed historic Apex room. Interiors will be designed by Amsterdam-based partner Concrete and will feature furniture from Vitra, one of Citizen M’s long-term collaborators.

Rooms come with XL king-sized beds, rain showers and flat screen TVs, and guests can check in online with an option to experience a contactless stay when on property through the citizenM app.

The 196-room Hyatt Regency London Olympia will mark the eighth Hyatt-branded property and the second Hyatt Regency hotel in London. It will feature a restaurant and a lobby lounge with bar and market area. For corporate guests, the hotel will offer four meeting rooms and will be directly connected to the London Olympia convention center.

The properties will be part of a new development that will see Olympia, London’s historic convention center built in 1873, redeveloped and transformed into an integrated convention, entertainment, and cultural district in West London. This redevelopment will include upgrades to the Olympia tube and rail station, additional bicycle routes and bus connectivity, allowing guests to access London’s Heathrow, Gatwick and City airports in under an hour by public transportation.

Anchored by the Grand and National Halls’ iconic glass barrel vaulted roofs, the new 14-acre site is being designed by Heatherwick Studies and Sparcc, and will include the creation of a boutique multi-screen arthouse cinema, a 4,000-person music and performing arts venue, a 1,500-seat theater and a 2.5-acre rooftop sky garden, as well as restaurants, shops, cafés and 550,000 sq. ft. of office and co-working space.