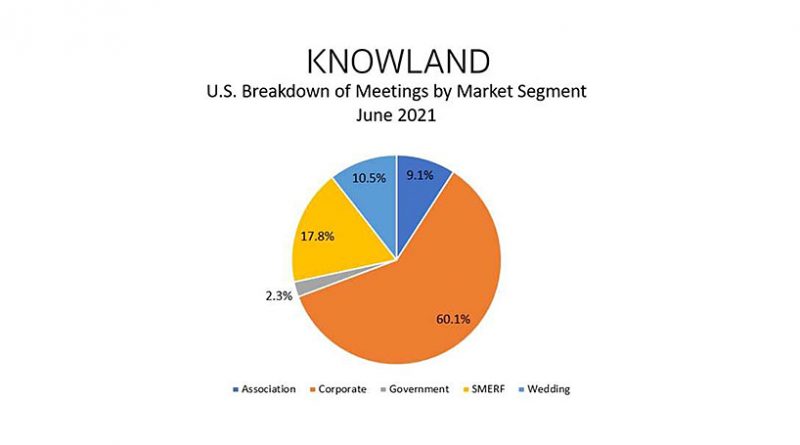 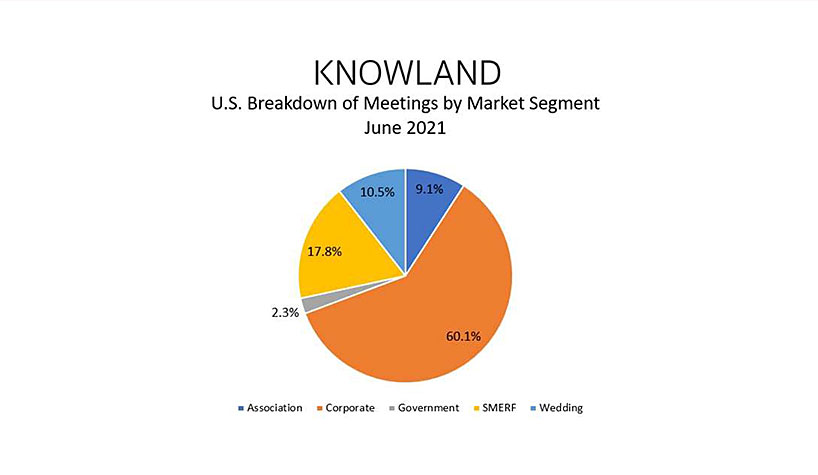 June U.S. group meetings volume increased 16.5% over the previous month, according to data from Knowland. It was the fifth consecutive month that the volume increase reached double digits.

“June is one of those odd months because it is book-ended by two holiday weekends which typically impact meetings,” said Kristi White, chief product officer, Knowland. “However, even with the two holiday weeks, June managed double-digit growth. Additionally, we’ve seen the resurgence of top-tier markets this month. Chicago was the top growth market month over month (66.2%) and is notable because it’s a market that was tightly locked down for an extended period. It has rebounded quickly and when we see gateway cities like Chicago rebounding, it’s a healthy sign that meetings are returning to the hospitality landscape.”

Growth continues in the groups segment and while the sheer number of meetings have not returned to 2019 levels, meeting statistics have stabilized at or near 2019 levels. The average number of attendees have leveled out with 2019 numbers.

The corporate segment represents 60.1% of meeting and event business with the healthcare segment taking the lead as the largest industry segment as meetings return.