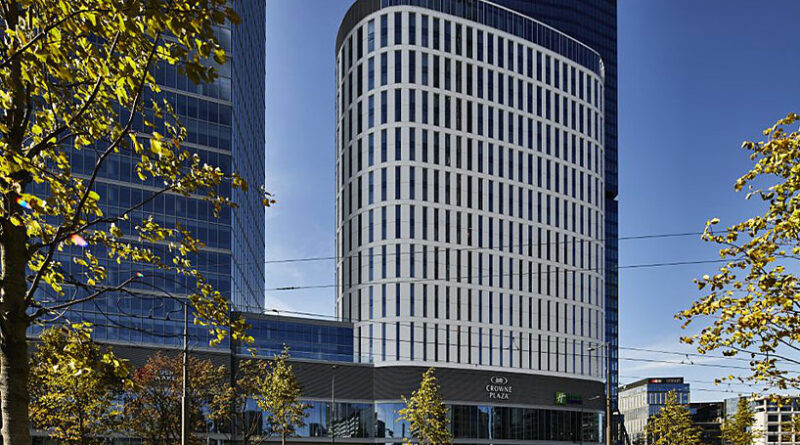 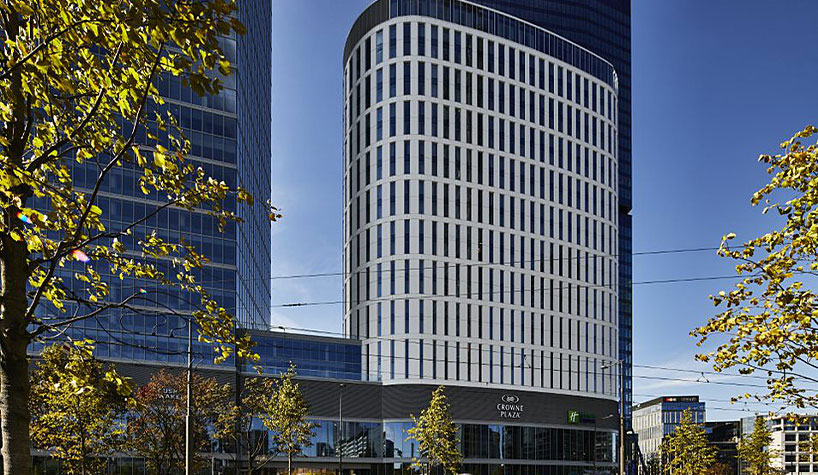 INTERNATIONAL REPORT—IHG and Radisson Hotel Group have added properties abroad in Poland, Hungary, the U.K. and Russia. They are:

Crowne Plaza Warsaw – The Hub is the first Crowne Plaza to open in Poland. The hotel has 212 rooms and suites; the Club Lounge; two restaurants and the Roof Sky bar. The conference center offers 30 meeting rooms.

Next door to the Crowne Plaza is the Holiday Inn Express Warsaw – The Hub, which has 218 guestrooms featuring high-quality bedding, a power shower and free WiFi. The rooms are also fitted with smart design features such as a flexible workspace; flat-screen TV; ergonomically designed chairs; and USB ports and plug sockets next to the bed.

First Crowne Plaza in Budapest to Open in 2021
IHG has signed a management agreement with Granit Polus Group for a property to be rebranded to Crowne Plaza Budapest in 2021.

The 230-room hotel offers a range of facilities, from 13 meeting rooms to a café and lounge club. It is located close to the downtown business district, within walking distance to the international railway station linking Budapest to major European cities. The hotel is also adjacent to one of Budapest’s largest shopping centers.

Radisson Red Expands to Newcastle, U.K.
Radisson Hotel Group has revealed the signing of Radisson Red Newcastle, located in one of the U.K.’s most vibrant cities.

Set to open in 2023, the hotel will be located in the city center within The High Street Group’s Strawberry Place development, One St James’, which is next to the home of Newcastle United Football Club, St. James’ Park.

The new property will offer 200 guestrooms, a sky bar, an open al fresco space on the roof, extensive conference and banqueting facilities, informal meeting spaces and a gym. A destination restaurant will also be on site and will service guests and locals alike.

Radisson Hotel Opens in Western Russia
The Scandanavian-inspired Radisson Hotel Ulyanovsk has opened in Ulyanovsk, Russia, on the banks of the Volga River. A conversion of an existing property, the hotel offers 172 rooms and suites, an all-day restaurant, the Gallery, a lobby bar, an outside terrace and meeting rooms.
Ulyanovsk has been designated a UNESCO City of Literature since 2015 due to its rich connection with leading Russian writers and painters. The hotel is located in the historic city center.