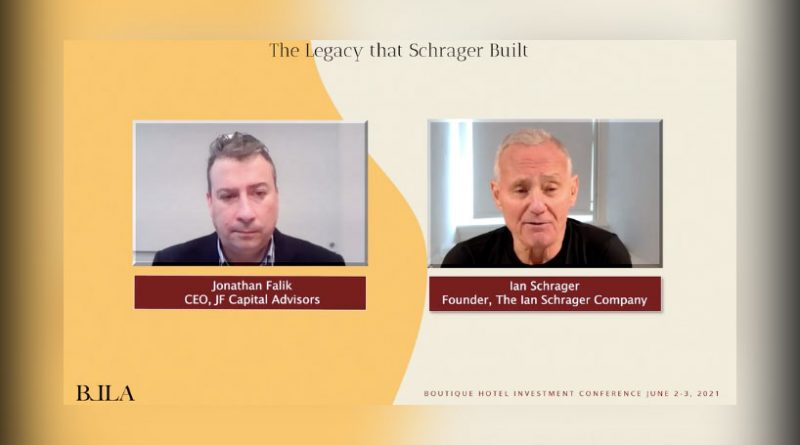 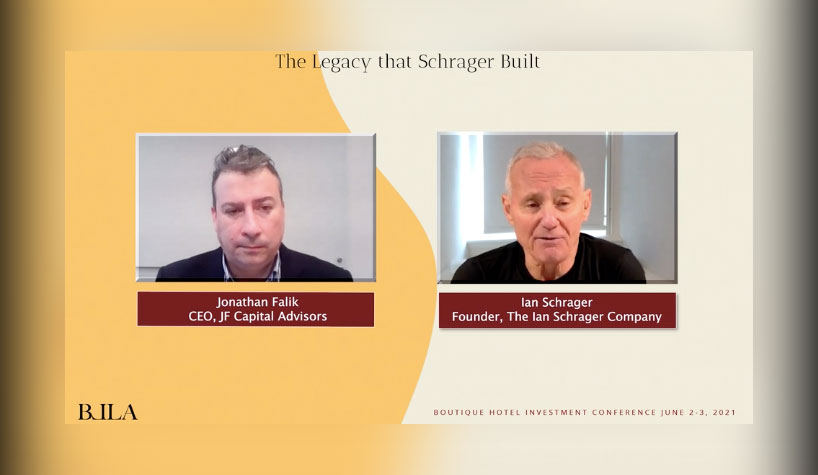 In a year of what Ian Schrager, founder, The Ian Schrager Company calls “the year of madness,” he’s finding opportunity and advises all others to do the same.

“We didn’t look at this as closing down for the past year, we looked at it as a do-over; a second chance,” he told Jonathan Falik, CEO, JF Capital Advisors, during day two of the Boutique Hotel Investment Conference.

“There is no data [on the pandemic], everything is a first impression. My view is as it’s always been that we’ll return to normal. Not a new normal, the same normal,” Schrager said, who plans on reopening PUBLIC Hotel in New York City on June 15.

“New York City is forever,” Schrager said. “I’ve been hearing for years the death of New York, but I don’t believe in paradigm shifts. We’re a species, we’re human beings, we all breathe the same air. Historically, there has never been a change to humanity; this is just a shot we took.”

Schrager believes that while technology has had to evolve to keep up with business, nothing can ever take the place of in-person interaction and meetings. “We just need to figure out how this [technology]fits in,” he said, noting that there’s an increased desire for in-person gatherings.

“It’s the human condition, people forget the bad as we move forward, we remember the good,” he said.

And while people are itching to get back to business in person, they’ve learned how to work remotely and have even found ways to combine leisure with business, which Schrager believes is a good thing and wouldn’t overthrow or disrupt the way people lead their lives.

Schrager even believes enhanced technology like virtual meetings and even hotel technology will be an asset going forward and is part of our general evolution rather than a result of the pandemic.

“Things will evolve in the way that they normally do and open the door for people to be more receptive and accepting of technology that they were resistant to,” he said. “Automatic check-in and reduction of housekeeping services become the norm as we go on.”

Other forms of technology will cater to people’s wants and needs rather than contrived technology, “Not robots delivering room service,” he said.

Schrager has plans to continue rolling out PUBLIC despite the year of madness, with his focus on world capitals or what he dubs as “forever cities,” like New York, Miami, London, etc., that have the most price elasticity and active business no matter what.

“This was an interlude in life,” Schrager said. “It wasn’t a lost year, it was a found year to connect the dots, to focus and strengthen; it gave a stronger foundation to the things I really believe in. It’s not very often in life that you get an opportunity to start over, to recalibrate. That opportunity is a gift.”