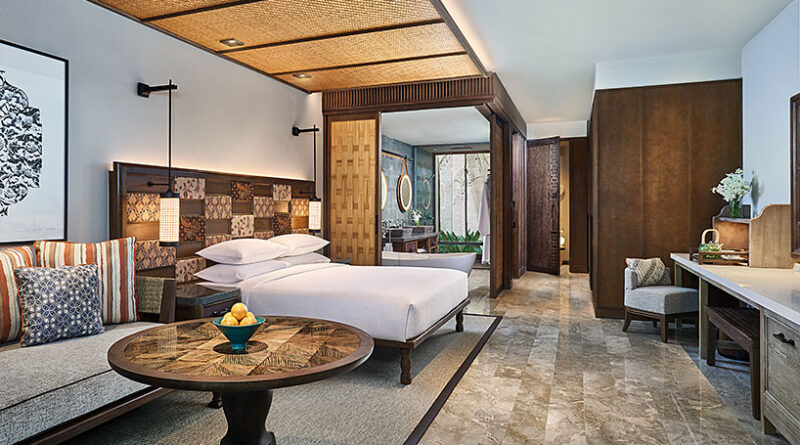 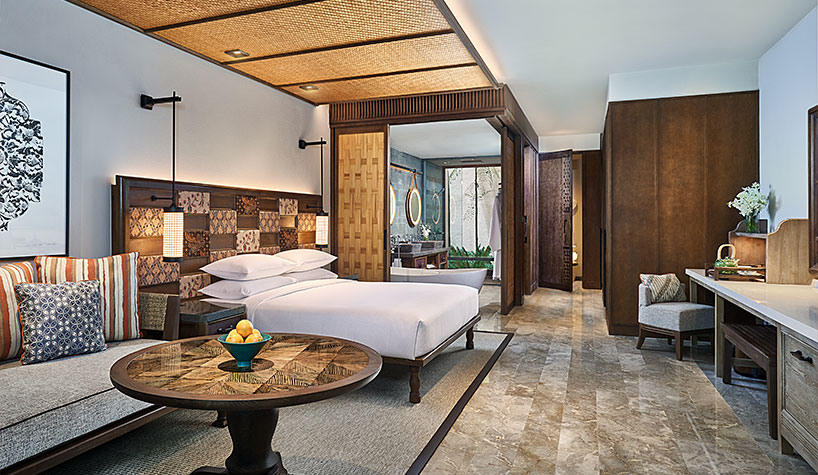 Brands are debuting in new countries across the world. Here’s a look:

Andaz Brand Debuts in Indonesia
Hyatt Hotels Corporation has opened Andaz Bali, marking the entry of the brand into Indonesia. Offering a contemporary take on the traditional Balinese village and its way of life, Andaz Bali is located in Sanur, a seaside village known for its old-world charm, picturesque beaches and spectacular sunrises, according to the company.

Close to the Ngurah Rai International Airport, Sanur is located along Bali’s southeastern coastline. Andaz Bali pays homage to Balinese art and craftsmanship, weaving together the island’s rich heritage and the contemporary influence from artists who have been visiting Sanur over the decades. The resort’s overall concept reflects the locale and is inspired by the surrounding villages, from its intimate scale with buildings located amid the lush greenery to the use of the distinctive red brick, a traditional construction material in Sanur. The heart of Andaz Bali is the Village Square where the open, barrier-free design and programming invites guests and local residents to come together. Set in low-rise clusters, the guest accommodations and facilities are spread across a tropical landscape following the cardinal directions, which play a significant role in the Balinese Hindu religion. Andaz Bali offers a myriad of settings to suit different moods, according to the company, from the tranquil Dukuh area, a secluded village within a village where ancient banyan trees and Garden Villas stand side by side to the ocean-facing main pool deck located by the Fisherman’s Club beach bar.

JdV by Hyatt expands into Canada
The JdV by Hyatt brand has expanded into Canada with The Anndore House in Toronto opening recently and The Walper Hotel in Kitchener, Ontario joining the brand later this year.

Formerly a 10-story residential building, the 115-room Anndore House boutique hotel currently offers two food and beverage outlets as well as lively artwork throughout the entire property. The food and beverage offerings include the Mediterranean eatery, Constantine, owned by the Mercatto Group and led by Chef Craig Harding. Crows Nest Barbershop is also in-house, and its team expects to open the very first Crows Nest Café later this year.

The 92-room Walper Hotel is located in Kitchener, one of Ontario’s oldest neighborhoods and a hub of growth in the Waterloo-Toronto Tech Corridor. It is expected to join the JdV by Hyatt brand later this year.

The upscale Radisson Hotel & Suites Amsterdam South is an aparthotel with 227 suites within eight suite types. All suites have a fully equipped kitchen, individual climate control, free high-speed Internet access and flat-screen TV with satellite channels. While all suites include a walk-in rain shower, guests can also choose suites with designer bathtubs and a private infrared sauna. A complimentary self-service laundry facility is available and also has a 24/7 Grab & Go market, a fitness studio, underground parking, bike rental and a restaurant, Keuken & Bar—created by Marije Richards of Richards Design.

The property also has three meeting rooms, all with natural daylight and equipped with high-quality audio-visual equipment.

Alaia to debut as first Marriott-branded property in Belize
Alaia Belize will be the first-ever Marriott International property in the country under the Autograph Collection brand when it opens in May.

Spanning more than 20 acres and the first in San Pedro Town to sit on more than 1,000 feet of beachfront access, according to the company, Alaia Belize will be a 155-unit. The complex will also have 71 studios, two- and three-bedroom condominiums and eight oceanfront villas. With interiors by Brazilian designer Debora Aguiar, the designer-ready hotel rooms will be curated to celebrate Belize’s outdoor living and offering 1,200 sq. ft. indoors and almost 900 sq. ft. in open air, per unit.