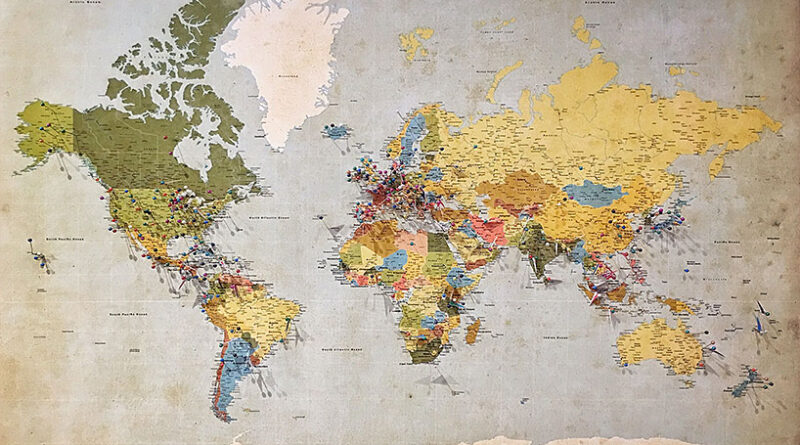 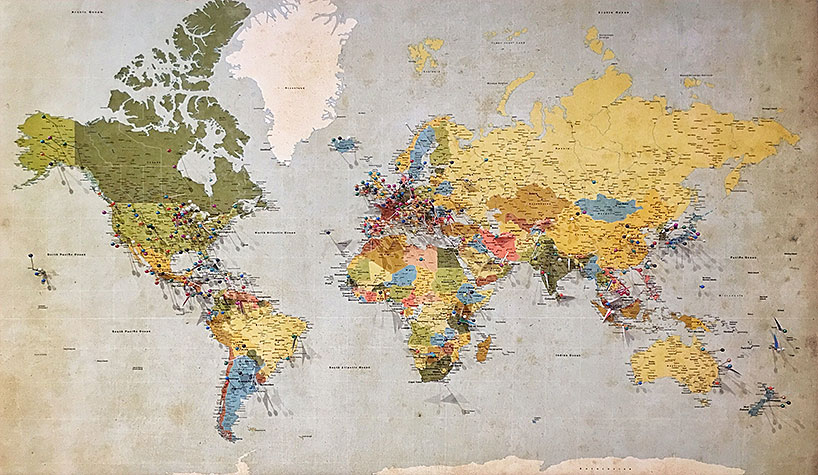 INTERNATIONAL REPORT—Bouncing back to profitability is proving a Sisyphean task for U.S. hotels. The rest of the world is having a slightly easier path. For the seventh consecutive month, U.S. hotels in September remained in negative gross operating profit per available room (GOPPAR) territory and at -$9.19, it was a 34% regression from the month prior and a 109.6% year-over-year decrease, according to new data from HotStats.

September and into October are typically strong months for U.S. hotels, but the data show that YOY comparison is becoming less and less reliable as the pandemic soldiers on.

Dwindling profit appears to be a function of unrelenting expenses, as revenue, however small, continues to show month-to-month improvement. RevPAR was up to $38.11, a 7.5% increase over August that was minimally juiced by a 1.7-percentage-point increase in occupancy and a less than a dollar jump in ADR. Total RevPAR rose more than $4 over the previous month, as revenue from F&B (up only slightly to $8.69) and other ancillary items remained muted.

As some of the previously closed hotels across the U.S. begin to reopen, labor costs in September saw a slight uptick on a per-available-room basis, having jumped $12 since April, when the hotel industry cratered due to the coronavirus. As labor costs have increased, so too have they as a percentage of total revenue, now up 9 percentage points since July, pointing to costs continuing to increase at a higher rate than revenue. Total overhead costs were down 46.8% YOY, but up 5.5% over August.

“U.S. hotels can’t seem to break out of their profit malaise unlike other global regions, which have cinched at least positive month-to-month profit,” said David Eisen, director of hotel intelligence, Americas, HotStats. “A summer bump from leisure travel could give way to a quieter winter, as corporate and group travel are forecasted to remain muted. Hoteliers have found innovative ways to generate revenue from their assets, but it may not be enough to fill a rather widening gap.”

Occupancy in the month ticked down slightly in September over the previous month to 29.2%, which was still the second-highest percentage since the pandemic’s start. However, the worry is that the summer thrust might have lost its propulsion, as the percentage of volume from the leisure segment fell almost 7 percentage points from August. RevPAR in the month was also down 3 euros ($3.60).

Labor costs as a percentage of total revenue settled in at 49%, which, though still high, were significantly lower than the plus-100% levels seen during the height of the pandemic, illustrative of wan revenue mixed with yet unconstrained costs.

APAC Steady
If anything else, Asia-Pacific remained steady in September. GOPPAR in the month stayed positive at $18.74, slightly down from August, but still 62.5% down against the same time last year. The region has been the one standout in what’s been an overall uneven global rebound from COVID-19. At $45.12, APAC recorded the highest RevPAR of any total region, aided by an occupancy rate closing in on the 50% barrier, which hasn’t been achieved since January of this year.

Though some key performance indicators retreated vs. August, TRevPAR was the exception. At $88.76, it was $6 higher than the month prior, aided by a large jump in revenue from F&B, which increased 30% over August and was the highest that metric has hit since January, at the beginning of the pandemic. The rise in F&B is propitious news for the region and illustrates that as countries get a better hold over the pandemic, the more people are willing to travel for work and business, slowly filling hotels not only for sleep, but to eat and drink.

Total overhead costs jumped marginally in the month to $27.16 per available room, part of a gradual increase in the metric since May. Labor costs on a per-available-room basis recorded a similar trend, up around $2 month-over-month.

China’s successful surge carried on in September. At $34.28, the country’s GOPPAR was only 11% off from the year prior, a statistic that any other region, country, province, state or city would happily take. Traveler confidence is leading the way. Occupancy in China reached a heady 63.6% in the month, which was only 1.5 percentage points less than September 2019. The strong occupancy helped lead to RevPAR of $56.45, which was 12.7% less than the same time a year ago. TRevPAR reached triple digits for the second consecutive month and $6 higher than in August.

Expenses remained down YOY, with total labor and overheads down 17.3% and 14.6%, respectively. Profit margin in the month hit 31.8%, which was higher by 1.2 percentage points than at the same time last year.

Middle East Shows Composure
After bouncing back to positive profitability in August, the Middle East remained there in September, but not by much. GOPPAR in the month was $1.59 or 72.5% below what it was in August. RevPAR fell $2 from August and was a function of a drop in ADR, which fell more than $10 from August against occupancy that was up more than a percentage point.

Labor costs inched up only slightly, but still accounted for more than 50% of total revenue.Total overhead costs were up $3 to $38.57 per available room.