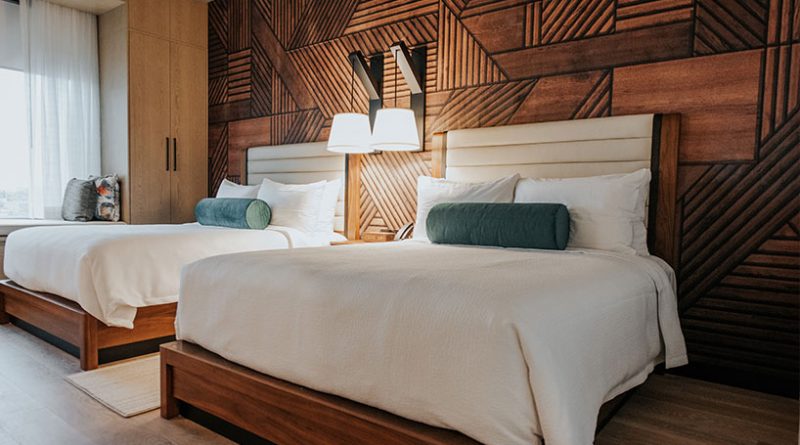 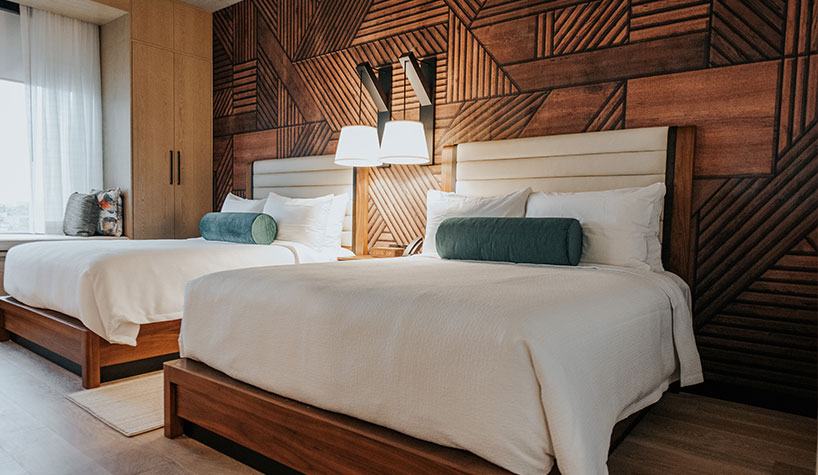 Recent openings in the U.S. include a Tribute Portfolio hotel in Atlanta, two properties from Vision Hospitality Group, the first AC Hotel in Hawaii and more.

The Grady Hotel
The 51-room Grady Hotel, developed by Vision Hospitality Group and operated by Humanist Hospitality, a division of Vision, has opened in Louisville, KY. Located in the downtown Market District, The property is a renovated 19th-century historic building and a member of Small Luxury Hotels of the World.

Commissioned in the late 1800s by pharmacist J.B Wilder, the original building housed a medicinal bourbon apothecary. Throughout the hotel, guests will find hidden surprises and good luck charms, inviting them to see The Grady through the eyes of a child, according to Vision Hospitality, including horseshoes to remind them of the city’s racing heritage and shamrocks, a symbol representing Louisville native Muhammad Ali.

Each of the 51 guestrooms provides pops of navy, copper and maroon, featuring 10- to 15-in. original reclaimed wood ceilings, tufted headboards and an array of locally inspired art. The hotel’s public spaces feature a library area, art gallery and a central fireplace. Wild Swann cocktail bar will open early next month.

The property offers 1,200 sq. ft. of meeting space and the area’s only rooftop bar and event space at the foothills of the Blue Ridge Mountains. Other amenities include complimentary WiFi, a 24-hour business center, a fitness center, an outdoor patio and the brand’s signature free, hot breakfast with healthy options and On the Run breakfast bags.

Large glass panels depicting ocean waves can be found at the main entrance acknowledging its proximity to the ocean and the important role it plays on the island. The sunken lounge surrounded by natural lava with tatami-styled flooring pattern of lava stone, varieties of tribal necklaces made from different shells, woodwork, prints and elements are curated throughout the hotel, recognizing the cultural influences of Asian and Pacific-Islander communities. Also, 100 strands of lei made from dried seeds, berries and flowers, varying up to 12 ft. in length, are strung into two tapestries in the lobby.

The property has 161 guestrooms, including 38 suites, as well as a rooftop pool and jacuzzi with private cabanas and lounge seating, a 24-hour fitness center, a library and 13,000 sq. ft. of oceanview function space. F&B outlets include Valle, a Guadalupe Valley Kitchen; The Rooftop at Mission Pacific; High/Low oceanfront café; and Charlie’s, a dessert bar in the transformed Graves House, the beach cottage seen in the 1986 film, “Top Gun.” Built nearly 140 years ago, this piece of cinematic history was moved for the first time to Mission Pacific for its $1-million restoration.