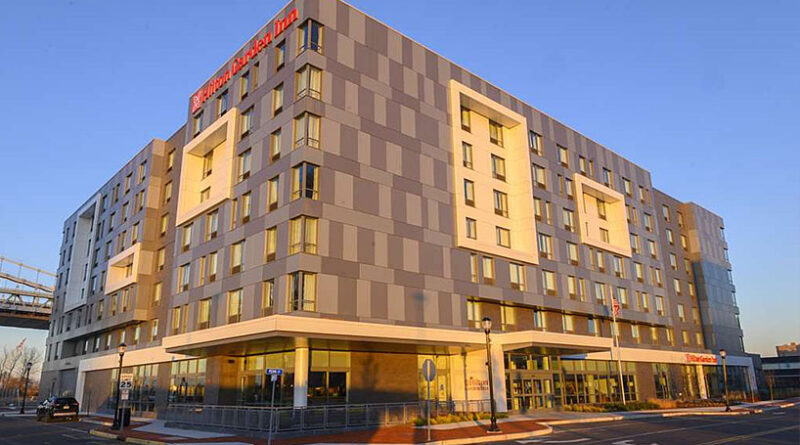 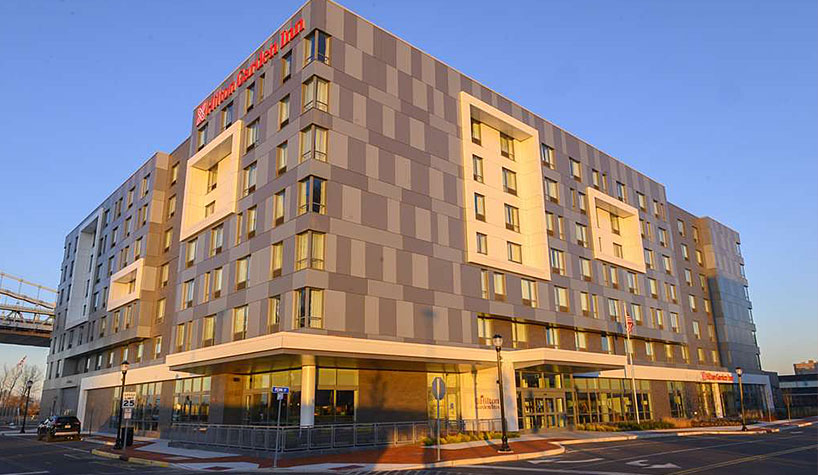 Entering new and emerging markets such as Camden, NJ; Flint, MI; and the Faroe Islands, these Hilton Garden Inn openings also brought opportunities to revitalize communities and pioneer new travel markets during one of the most challenging years in history, the company reports.

Three recent Hilton Garden Inn openings provide examples of the positive impact that a Hilton property can bring to a community.

Hilton Garden Inn Camden Waterfront—Camden, NJ
Opened in December, Hilton Garden Inn Camden Waterfront is the first hotel to open in Camden in more than 50 years and is one of the leading catalysts of the city’s economic development. The newly built hotel meets the growing demand in the market as the South Jersey city continues to grow as a hub of business and tourism activity, servicing the demand of Camden’s existing six million sq. ft. of commercial office and manufacturing space.

Hilton Garden Inn Flint Downtown—Flint, MI
Opened in November, Hilton Garden Inn Flint Downtown invigorates Flint’s skyline and is part of the revitalization of the area, bringing much-needed accommodations downtown. The hotel has increased spending and tourism to the area and brings 60 locally hired jobs to the city of Flint. The more than 148,000-sq.-ft. property resides in a historic 100-year-old building, vacant for decades until this restoration; the former 1920s-era bank features Italian Renaissance Revival architectural style with Art Deco elements. The property has a coffee shop, a seasonal rooftop and a full-service restaurant called Sauce Italian American Kitchen, which incorporates Michigan-made ingredients in its fare.

Hilton Garden Inn Faroe Islands—Faroe Islands
Opened in October, Hilton Garden Inn Faroe Islands is the first international hotel on the archipelago, part of the Kingdom of Denmark. The property was built with sustainability at its core, helping to grow the island’s own sustainable, responsible tourism industry. In line with Hilton’s Travel with Purpose 2030 goal to double sourcing from local and sustainable businesses, the hotel plays a crucial role in supporting the Faroe Islands’ industry—the majority of the hotel’s meat, fish and vegetables are sourced from local suppliers, which also helps to reduce reliance on imported goods. The hotel incorporates features such as ultra-efficient heating and ventilation, renewable energy systems and efficiency-focused technologies to reduce energy and water consumption.

“During a time when we are all looking for the silver linings, I’m proud that Hilton Garden Inn has continued to expand its impact despite the headwinds the hospitality industry faced in 2020,” said Alan Roberts, global head, Hilton Garden Inn. “We strive for each hotel we open to have a positive effect on its community and, as the travel industry recovers, we look forward to welcoming more new properties in 2021 to meet the unique needs of travelers in markets around the world.”

Hilton Effect Foundation Grants
As Hilton moves into its next century, it is building on its momentum and strengthening its collective impact through the Hilton Effect Foundation. To further emphasize Hilton Garden Inn’s commitment to jump-start impact in local communities, the Hilton Effect Foundation will be issuing grants to three local nonprofit organizations: Cathedral Kitchen (Camden), the Food Bank of Eastern Michigan (Flint) and Tórsbyrgi (Faroe Islands). Each nonprofit’s mission ladders up to Hilton’s Travel with Purpose 2030 Goals, through which Hilton is committed to doubling its investment in social impact and cutting its environmental footprint in half by 2030.

“Each of these Hilton Garden Inn hotels will make the communities they serve stronger than before they opened by creating opportunities for employment, attracting more guests to these areas, and investing time and energy to directly support those around them,” said Kate Mikesell, VP, corporate responsibility, Hilton and president, Hilton Effect Foundation. “These actions ultimately align with the Foundation’s goal of creating a better world to travel. The foundation worked with each of these local hotel teams to identify initial investments we can make to jump-start Hilton Garden Inn’s impact in these communities-creating job skills training opportunities through Cathedral Kitchen in Camden, addressing food insecurity and waste with the Food Bank of Eastern Michigan in Flint, and increasing locally produced and sourced food with Tórsbyrgi in the Faroe Islands.”