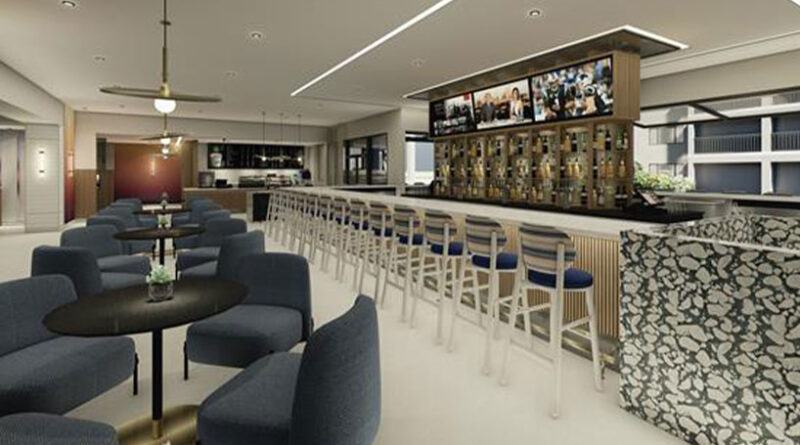 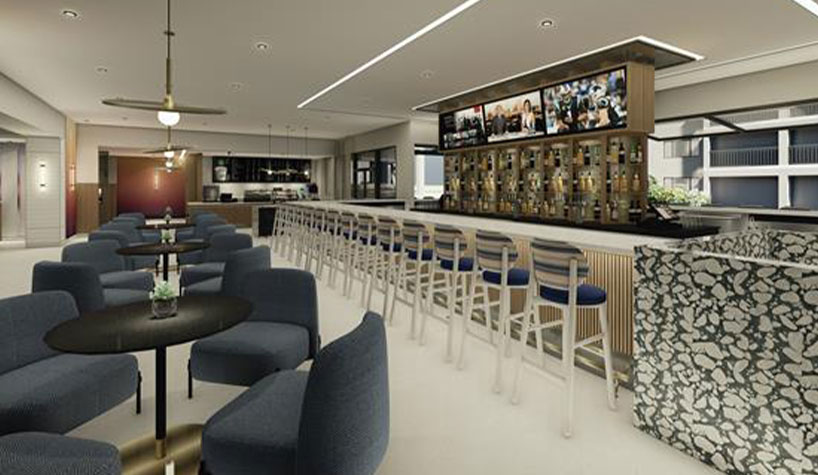 Newly renovated hotels on the East Coast of the U.S. include two properties in Florida, a historic hotel in Rhode Island and more.

The resort-style hotel has 308 newly renovated guestrooms, including 86 suites, upgrades include the conversion from double/double to queen/queen beds, as well as new tile and glass-enclosed showers in all guestroom bathrooms.

Other new additions to the property include a reimagined exterior facade with new lighting features; a children’s splash pad with a 20-ft.-high waterslide at the beach entry pool; and two redesigned outdoor heated pools. The lobby, bar and restaurant were also redesigned. The lobby now features an open-air concept and a new coffee shop.

Beach-inspired art can be found around the exterior of the hotel and restaurant, featuring sea turtles, mermaids and pineapples in unexpected ways. The tropical vibe continues throughout the event lawn and pool area.

The property has 144 guestrooms, including six suites, each with either a balcony or patio. The rooms include the brand’s signature bedding and an in-room “hospitality center” with a mini-fridge, microwave and Keurig coffee maker.

The Shore House
The renovation of The Shore House—a historic, boutique inn situated on the beach in Narragansett, RI—has been completed. Formerly the Ocean Rose Inn, The Shore House will debut with a new name and updated nautically inspired look.

Inspired by its New England setting, The Shore House received a thorough makeover, with its existing main inn and hallmark Victorian-style home serving as the base to the full hotel. Nine of its 31 rooms were refurbished; 18 were renovated the year prior. A new restaurant, Sea Craft, was added and is set to open this summer.

The first phase of the renovation was the refurbishing of all 56 guestrooms. Each was given upgraded bathrooms with step-in showers, and were furnished with custom platform bed frames, headboards and dressers, plus two separate duvets. The second and final stage consisted of the hotel’s public spaces and the Trophy Room Bar & Bistro.