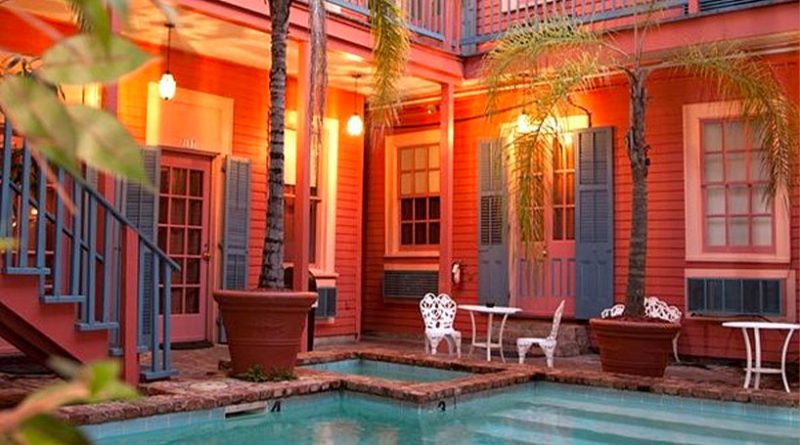 Five properties have new owners, including a historic New Orleans hotel and an Orlando, FL, complex that will become affordable housing for park workers.

The Frenchmen Hotel purchased by Robert Thompson
In a move that returns entrepreneur Robert Thompson to his southern roots, the food and beverage veteran’s newly established New Orleans hospitality firm, Angevin & Co., has completed the purchase of the historic boutique hotel, The Frenchmen Hotel. The Frenchmen is the first investment of many planned for Thompson and his team as the Mississippi native joins the burgeoning New Orleans hospitality industry.

Working in the restaurant and hospitality industry since he was 16 years old, Thompson has owned and operated food and beverage establishments for more than 25 years. Most recently, Thompson founded and built the 20-unit “eatertainment” concept, Punch Bowl Social.

For both personal and professional reasons, he moved to New Orleans in early 2021. Professionally, he chose the Louisiana city because of its unrivaled hospitality industry and his ambition to be part of it, in particular during its post-pandemic resurgence. Personally, over his more than 40 visits to the city, Thompson fell in love with the idea of living and joining the business community in New Orleans. The move not only returns him to his southern roots, but living where his hospitality business is headquartered will afford him more time with his wife and young sons.

The property was constructed on Frenchmen Street in 1860, and the historic integrity of the building will be preserved while undergoing a top-to-bottom renovation that reimagines the property. Thompson and the Angevin & Co. team will:

The Frenchmen Hotel is anticipated to open to guests in Q4 2021.

T2 Capital Management to convert Orlando hotel to workforce housing
Chicago-based T2 Capital Management has acquired a six-story, three-building Baymont hotel in Kissimmee, FL, and will redevelop the property into a 254-unit multifamily workforce housing community called West Bay Village. The property is adjacent to Disney World and along the entry road to Animal Kingdom. It will target hospitality and other service workers as tenants.

The project will have 204 studio apartments (350 sq. ft.) and 50 one-bedrooms (700 sq. ft.). The initial average rent per unit is projected to be about $930 per month, making the units affordable to workers earning between $35,000 and $55,000 per year. Disney alone has 75,000-plus employees in the Orlando metropolitan area, many of whom earn minimum wage or slightly above while commuting 45-plus minutes to work. Planned capital improvements include a mix of common area upgrades and in-unit renovations.

Construction will begin this month. Initial occupancy of the project is expected in the first quarter of 2022.

Portland Harbor Hotel is a 101-room luxury hotel in Portland’s Old Port District. The Inn at Diamond Cove is a member of Historic Hotels of America with 44 deluxe guestrooms and suites on Great Diamond Island in Casco Bay. The deal also includes BlueFin North Atlantic Seafood, a restaurant with a garden patio within the Portland Harbor Hotel, and Diamond’s Edge, a destination restaurant, marina and private event venue on the northern end of the island. XSS Hotels’ management affiliate, Colwen Hotels, will operate both properties.

The Inn at Diamond Cove and Diamond’s Edge Restaurant & Marina will reopen this month after having remained closed for the 2020 season.