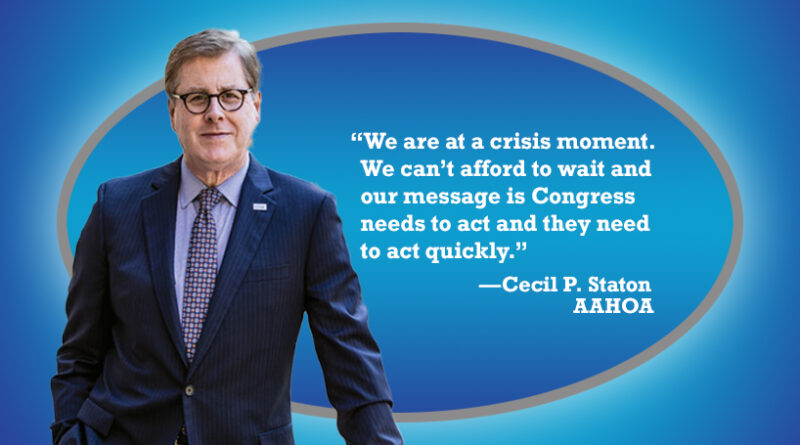 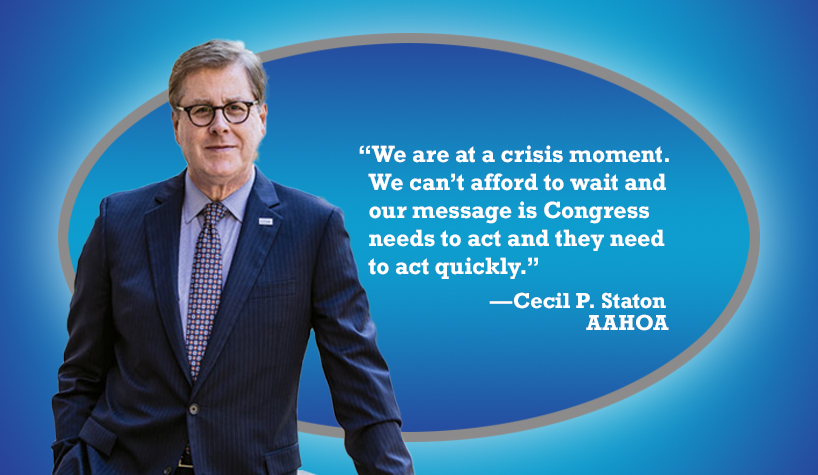 ATLANTA—Although election day has passed, and the nation waits for results of several very important races—especially the presidency—that doesn’t mean that AAHOA has stopped its fight to bring much needed relief to the industry.

“We are at a crisis moment,” Cecil P. Staton, president/CEO, AAHOA, told Hotel Business. “We can’t afford to wait and our message is Congress needs to act and they need to act quickly.”

But the uncertainty in the election results makes its work more difficult. “Obviously, I think the situation is more challenging because of the lack of clarity,” he said. “Speaker Pelosi will be trying to put her coalition together with her caucus to be re-elected speaker following apparently some losses in the strength of their caucus. Mitch McConnell and the Senate will obviously be very focused on the races that are yet resolved including two here in AAHOA’s home state of Georgia, which could be going into runoffs—one of them certainly will, another possibly, not to be resolved until Jan. 5. Then [there is]the churning between the Trump administration and the Biden campaign over the remaining undecided states.”

He continued, “Candidly, this makes our job more difficult to get their attention. But we don’t think we can sit back and wait on any of that. The consequences are too dire. Hoteliers are at a crossroads, and many of them are at the end of their original forbearance in terms of their lenders. We really can’t afford to sit back and wait two or three months for all of this stuff to get sorted.”

Staton said AAHOA is already talking with the government. “We are on the phones. Today, we are having meetings with members of Congress from both sides of the aisle to stress upon them the importance of Congressional action in the lame duck session. We will be doing that as well with the Senate and members of the Biden team and Trump administration.”

AAHOA staff is stressing the dire need for help for all small businesses. “To think that they are going to sit back and wait another several months for Congressional action is just unconscionable from my point of view. There is too much at stake. A failure to act will be debilitating for the economy and particularly small business in America. As I have said on numerous occasions, a failure to act will only make the difficulties for unemployment grow more severe in the coming days. A failure to act will mean, unfortunately, more failed businesses. I do not think that as we are trying to resolve these political challenges in our country that we should just accept the fact that we are going to have the main streets of America be littered with the carcasses of failed businesses over the next several months.”

With some members of Congress having lost their elections or having made the decision not to run for re-election, Staton see two possibilities with them. “There will be some members who as a result of the elections and the fact that they are not returning, they will be anxious to clean out their offices and get back home, so sometimes it works against you in trying to get anything significant done,” he said. “But there will be others who maybe will take the moment and understand it is a last chance to really have a dramatic impact. We hope that there will be more people in that camp and that they will be inclined to return to Washington for the lame duck session and really get some serious work done. That is the message we are certainly sending out and we hope there will be a majority of members who fall into that category.”