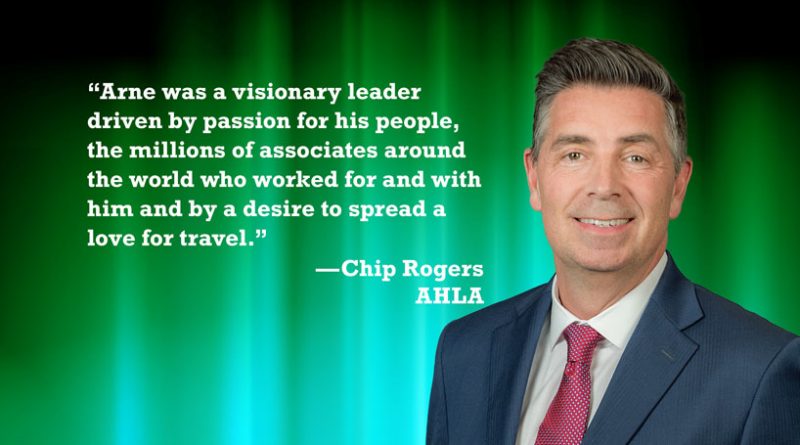 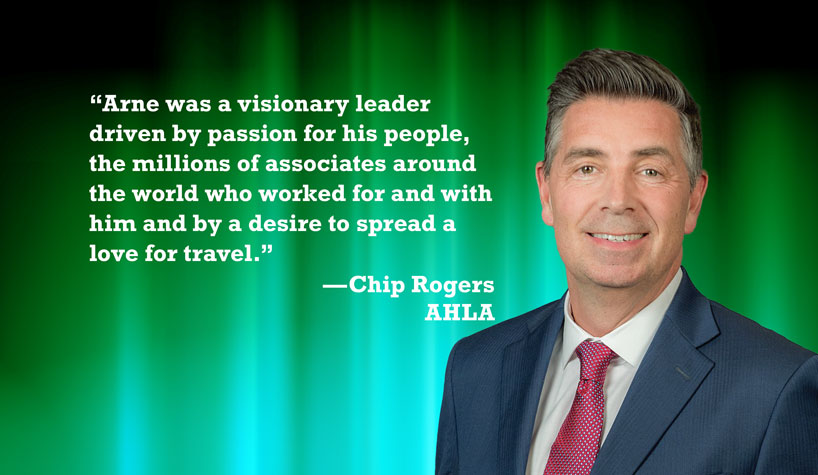 The Arne Sorenson Social Impact Leadership Award will be awarded in memory of Sorenson annually during the AHLA Foundation’s annual Night of a Thousand Stars gala and during the Americas Lodging Investment Summit (ALIS).

Known for his progressive leadership, Sorenson utilized his platform as the head of a major international corporation to address national and global issues—including diversity, equity and inclusion; environmental sustainability; and human trafficking awareness and prevention; among others. The Arne Sorenson Social Impact Leadership Award will be presented to a senior-level executive in the lodging industry who strives to drive change through strong leadership and community engagement, exemplifying these values every day.

“Arne was a visionary leader driven by passion for his people, the millions of associates around the world who worked for and with him and by a desire to spread a love for travel,” said Chip Rogers, president/CEO, AHLA. “He was an icon in our industry, dedicated to improving the lodging experience for the guests we serve and the people who serve them. While Arne’s business accomplishments are apparent to all, his championing of social change made our entire industry better for everyone, and we are proud to bestow this award on future generations who exude his best qualities: his decency, generosity and compassion.”

“The AHLA Foundation was proud to partner with AHLA and The BHN Group to unveil The Arne Sorenson Social Impact Leadership Award at the annual Night of a Thousand Stars gala,” said Rosanna Maietta, president/CEO, AHLA Foundation. “The ceremony seeks to honor those who go above and beyond for their guests and our hotels, showing their dedication to our industry day in and day out—just like Arne did. With this recognition, we hope his legacy lives on and helps propel the industry forward.”

“We welcomed Arne’s vision and insights to ALIS many times over the years, and he is greatly missed,” said Jeff Higley, president, The BHN Group. “On behalf of ALIS, The BHN Group, and Northstar Travel Group, we are delighted to be partnering with AHLA and the AHLA Foundation for this important award in Arne’s name. We thank the Sorenson Family, Marriott and the Marriott Family for allowing us to establish this award in his honor. Arne’s dedication to having a positive social impact at every level of the industry was incomparable. He further humanized a people industry and made it stronger through his actions. This award will help Arne’s legacy and spirit to live on as we seek to recognize those who, like him, have great ambition to make the world’s greatest industry even better.”