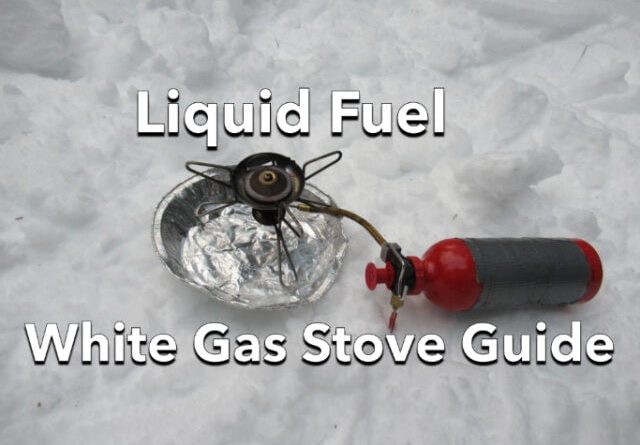 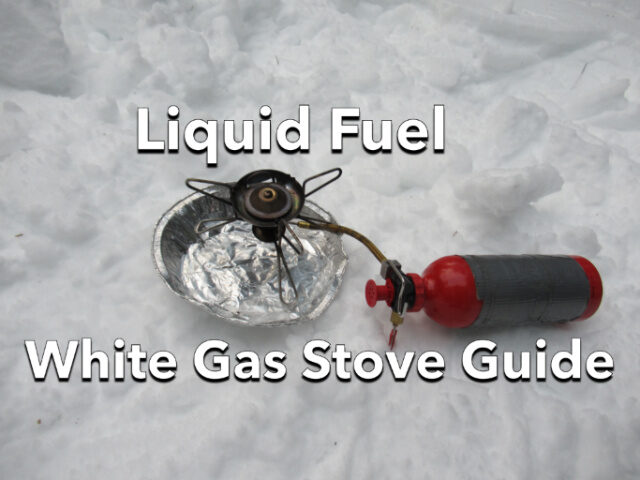 If you plan on winter camping or backpacking in temperatures below 15 degrees Fahrenheit, you should consider getting a liquid fuel stove that burns petroleum distillates like white gas or kerosene instead of a canister-based stove that burns isobutane fuel. Canister gas won’t ignite in its gaseous state below 15 degrees Fahrenheit, which really limits its temperature range.

While there are stoves, like the Kovea Spider that can burn canister gas in its liquid form (you turn the canister upside down), they also stop working reliably at 0 degrees Fahrenheit, while a liquid fuel stove will merrily burn away down to 40 below zero Fahrenheit. Liquid fuel is also more readily available internationally than canister gas, which is handy if you backpack or trek in less developed countries.

Liquid fuel stoves consist of a tank to hold the fuel, a pump to create pressure in the tank so the fuel will flow out through the fuel line, a valve to control fuel flow, and a burner where the gas mixes with air and burns.  Some stoves such as the MSR Whisperlite Universal can burn isobutane in canisters as well as liquid fuel, making them a good choice if you want to ability to switch between the two. The Whisperlite Universal has the added advantage of being a remote canister stove which means it can be used with a windscreen to increase its efficiency since there’s no need to screw the stove directly to the canister where it can explode if it gets too hot.

What is White Gas?

All liquid fuel stoves burn a fuel called white gas. White gas is a very pure form of gasoline that does not contain any additives. Many liquid fuel stoves, particularly those intended for international (non-North American) use, also burn other, dirtier forms of gasoline including kerosene, diesel, unleaded auto fuel, or jet fuel that are more readily available in places that do not stock specialized camping stove fuels. These other fuels share the high heat output and low-temperature properties of white gas but may clog your stove and increase the frequency you have to clean it. White gas is also self-priming, whereas other fuels such as kerosene require that you bring a second more volatile fuel such as primer paste or alcohol to heat up your stove (by setting it on fire, basically) so that it reaches a temperature where it can vaporize white gas a burn it.

Some liquid stove manufacturers recommend that you use proprietary white gas formulations with their stoves such as Coleman Fuel or MSR Superfuel. These are all just branded variants of white gas. I use MSR Superfuel myself, but mainly out of convenience (to be honest) since it’s easy to pick up at my local REI.

There are quite a few liquid fuel stoves on the market. I’ve listed the most popular, including their weight (including stove and pump, but not fuel bottle), and the fuels they burn.

Some of these stoves provide simmering capabilities. It is arguable that this is an unnecessary feature if you will just be using your stove to melt snow or boil water. If you plan on using your stove in the US or Canada, paying a premium for the ability to burn fuels other than white gas is probably not necessary. However, if you are traveling internationally, make sure to purchase a stove that lets you burn other fuels such as kerosene or even jet fuel, which are readily available in other parts of the world.