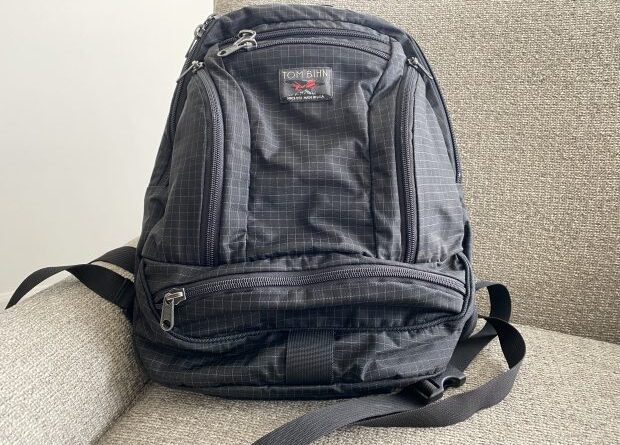 A few weeks into December, I received a message in my “requests” folder on Facebook. I didn’t know it at the time, since it was buried in Facebook purgatory. It was only a month later that I thought to check my requests inbox. I found the following message.

Hi, you don’t know me, but we found a backpack with your credit cards in it on my roof in Park Slope Brooklyn. Did you by any chance lose or have a backpack stolen in the last few years? If so, let me know; there are a couple of things still in it.

My heart just about stopped in my chest.

For those newer to the site: when I was in the ER in August 2017, getting a spinal tap that would leave me disabled, the apartment I was cat-sitting for was burgled. In fact, the time that the burglar entered the apartment (per the time stamp on the apartment’s baby cam) was the same time that the doctor was starting the lumbar puncture.

Setting aside the creepiness of that confluence, part of what was stolen was my trusty Tom Bihn synapse daybag. The thief used it to gather my belongings and those of the apartment tenants, stuffing the backpack with things but leaving me my Canadian passport and a $5 Canadian bill on the couch when he left.

Once my heart started beating normally again, I replied to this woman thanking her and trying not to overwhelm her with all the crazy details of the night this all happened. I asked where she was located, and briefly explained that the robbery happened while I was in the hospital, and I never expected to see my bag or its contents again.

It turns out that she lived only a few houses down from the house-sit, and had recently paid someone to clean her chimney after a few years. It was the chimney cleaner who found my backpack tucked into the side of the chimney vent on the roof of her house.

In the backpack was a few random and not useful things: a blue dice that was not mine, my old hand lotion, some Tylenol, and business cards from a travel meet and greet. Happily, it also contained both pairs of prescription glasses that I had to replace following the burglary. The glasses frames are warped from years of temperature fluctuations, but should be able to be adjusted at an optometrist. Among the items was also a few of my credit cards.

The woman at the apartment a few doors down looked me up on Facebook after the chimney cleaner gave her the bag, and sent me a message. I assume she realized it must have been a few years ago since those cards had all expired. 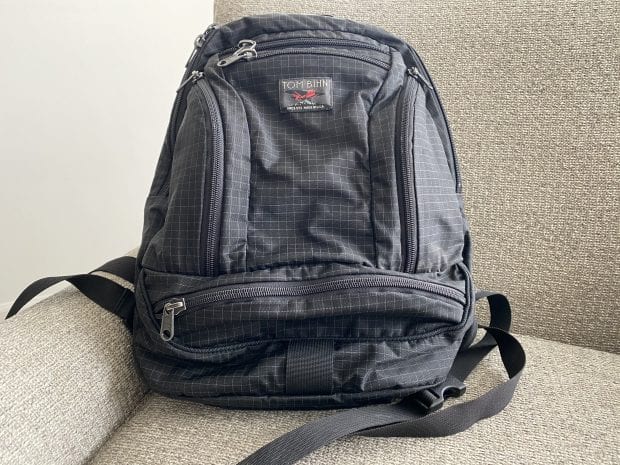 Reunited and… I am not sure it feels so good?

What wasn’t included: the laptop that was stolen, the money, the jewelry stolen from the apartment, and more.

As you can imagine, this lady’s message brought back all of the feelings. I wrote her back, but it took some time for her to view my reply, and in that time I was flooded with resurfaced memories. That evening was the worst in my life. To have an unexpected reminder felt like kicking up a lot of sediment from the bottom of a lake that appeared to be clear. It did serve as an opportunity to work through some of those emotions in ways I hadn’t yet gotten to, though and I am grateful for that. Ultimately, it was a good exercise.

And of course I am very grateful for her efforts to reach me.

In the end, one of my best friends went to pick up the backpack. This friend is Cheryl, someone I went to law school with. We became good friends when she offered to sew a mermaid tail out of sequinned stretch fabric so I could sing a parody rendition of Part of Your World from the Little Mermaid. (The song was “Part of that Firm” and yes, the tail had little elastics so I could flop it around stage when I walked. And no, I am too old for there to be a digital version of this rendition. Thank god.)

Cheryl and I ended up working at the same New York firm many years later, and were pretty much inseparable by then. We’d grab lunch together, we’d alternate coffee runs, and when quit my law job to travel we stayed in touch and I often house-sat for her and her husband when I went back to New York in the summers.

I mention all of this because Cheryl knows me knows me – she knows all the things that make me happy and make me sad. And she knew, of course, just how much of a mindfuck getting this backpack would be.

So, she set upon the backpack with a loving frenzy, to make me feel better. She not only washed it and dried it, but mailed it back to me full of llamas. 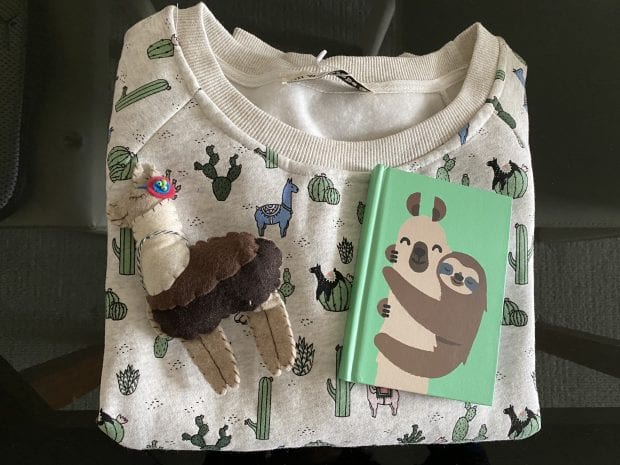 I wondered what to do with the backpack, now that I had it back. Tom Bihn had kindly mailed me a replacement when they read the story of the burglary, and I was using it day to day.

I contemplated burning it, or shredding it, or just donating it. But ultimately, it felt like a bit of a miracle that it had returned, so unusually, over three years later. I decided to offer it to another good friend who would appreciate the tenacity of the backpack and also use it for her own needs. And who would appreciate the llamafication of it once it was found.

Her reaction to my offer was exactly my train of thought: that it was a miracle bag and deserved a good home, transmuting the bad into something useful and kind.

It may seem like just a backpack, but for those few weeks it felt like it held all of the liminal weight of a life about to change. Until it had a new home, the backpack was a holding of my breath, the transient space between an old, mobile Jodi and a Jodi that I am still getting to know.

There was some power in it for me, feeling like it came around again on the spiral of life. Power in managing the emotions that receiving the bag dredged up. And a hope that by closing that chapter, it would bring me more healing in the future.

Since you’ve all come along with me during this extraordinary ride, I wanted to share this story.

Someone once told me I was an outlier of possibilities, and I suppose being reunited with this bag falls into that category. All I can do is ride the waves as they hit, and try to feel the strength that comes from making my way through them.

I hope everyone is staying safe and doing well.