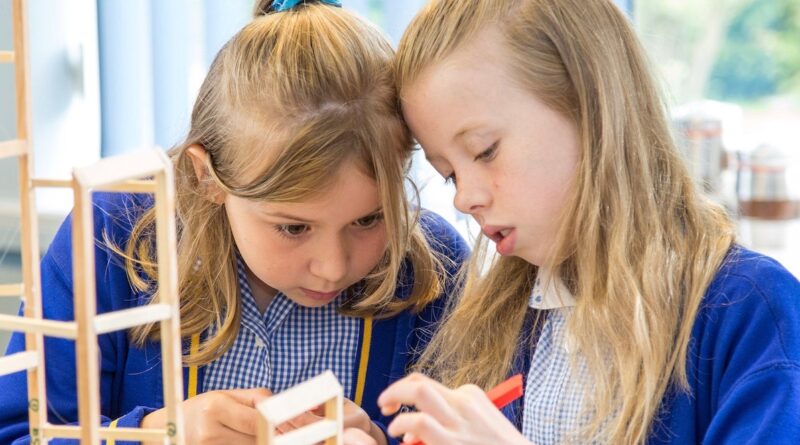 Is adolescent parenthood amid poverty always poorly thought out – the irrational miscalculation of youthful short-sightedness? It depends. Some studies of teenage parenting show worse outcomes for both mothers and children, but others indicate better outcomes, once social disadvantages are accounted for. Starting a family early may make sense, even in the long term. To understand why, we should step down from our ivory towers and into the shoes of people from disadvantaged backgrounds who are making these decisions.

Damaging decisions can be rational

A disadvantaged young woman –  like her relatives – can expect a shorter, unhealthier life than a more affluent young woman. Her unconscious calculations, formed under the effects of poverty, might also vary from her better-off contemporaries. For example, decisions about whether to delay pregnancy for further education might involve a different cost-benefit matrix for a low-income woman than for someone who has more resources. If she waits, then her parents – their health probably already declining under the chronic stress of poverty — might be unable to help her raise the kids. She’ll want those children to reach adulthood before her parents’ advancing health issues compete for her attention. When is a good time to begin a family if a woman wants to be well at least until her oldest grandchild is five? Answers to this question have anticipated childbearing choices across socioeconomic groups; they have also accurately predicted an eight-year gap between the first birth for an average woman and for women living in poverty. Therefore, an early start can be rational, given the circumstances.

This example begins to show why we need well-rounded ways to capture the diverse impacts of living in poverty. For understandable reasons, a conventional deficit approach concentrates on the damage that disadvantage causes for long-term physical and mental health. But this focus can be too narrow. It may not recognize that some actions –  irrational within privileged contexts –  are reasonable for someone in poverty, even if these actions might also harm health and well-being.

Focusing solely on damage caused by living in poverty can also obscure mental strengths – what are called “hidden talents” – developed by the experience. For example, adversity may enhance abilities to address challenges relevant to disadvantaged environments. People may develop specific abilities to deal with harsh and unpredictable situations where threat looms large and potential rewards are sparse and short-lived.

“We should step down from our ivory towers and into the shoes of people from disadvantaged backgrounds who are making decisions.”

Cognitive tests of young British homeless people showed that, predictably, they performed less well on many activities than did peers from more affluent backgrounds. The deficit process – linked to sleep deprivation, poor nutrition, chronic stress or neglect –  damaged their performance on most tests. However, on the creativity test, the homeless scored on par with others. Surviving on the streets may put a premium on creativity –  being able to solve problems imaginatively – leading to homeless people scoring within the typical range.

Research has revealed other allied skills. Studies by Seth Pollak at the University of Wisconsin-Madison show that people who have been physically abused may develop an enhanced ability to detect threat. This can help them spot danger early and avoid it.

Other studies suggest that, in unpredictable circumstances, it is valuable to be able to shift attention  and form memories quickly and efficiently. Cognitive studies show that people who have recently experienced violence may do as well as – or even better than – people who have not experienced violence on tests of remembering information relevant to social dominance. However, such findings are difficult to accommodate if we rely solely on a deficit model that highlights the undoubtedly widespread damage that poverty and adversity can inflict on brain and body.

An approach that combines the deficit model with models of reasoned responses and hidden talents is vital for many reasons. It can help fine tune policy and interventions. It can encourage the development of learning and work environments that capitalize on strengths that arise from adversity. It can help explain apparently anomalous research findings where enhanced performance among people in poverty might otherwise be dismissed as a fluke or mistake. Finally, it challenges researchers, who typically come from privileged backgrounds and who may overlook strengths developed through poverty: A broader, more complex model makes us question our assumptions of what is “normal.”

In terms of policy interventions, a broader model might make parenting programs more effective. In general, authoritative parenting is regarded as the gold standard. Characterized by high demands and high responsiveness, and by giving children choices and flexibility, this approach is believed to secure the best academic and mental health outcomes for children. Experts advocate it and prefer it to authoritarian parenting styles that brook no discussion or dissent.

But maybe parenting that provides children with choices and flexibility is not always the most rational or even effective approach to raising children. African American children typically face a much harsher reality than affluent White contemporaries whose parents are more likely to favor an authoritative, more liberal style. African American children are much more at risk if they make a single mistake — such as saying something a police officer dislikes, shoplifting once, or misbehaving in ways a teacher finds threatening; when done by a White child, these actions might be dismissed or explained as exploring boundaries. The costs to African American children of slipping up – involvement in the judicial system and tougher punishment – are high. This helps explain why some African American parents are harsher and more authoritarian. Are they making a mistake? It’s unclear: There is some evidence that children who experience strict, no-discussion, but non-abusive upbringings have better outcomes in these contexts than more permissive parenting.

Perhaps advocates of a simple deficit approach should get closer to the realities of disadvantaged lives and gain a broadened perspective. For example, it is tempting to conclude that hypervigilant behavior — checking for potential dangers – developed in an abusive childhood offers no benefit and only damage as a working model for a more typical adult life. But this may ignore an asymmetry in the costs of trusting someone you cannot trust compared with trusting someone who can be trusted. Erring on the side of caution may be reasonable, and not merely a mark of impairment caused by stressful early experiences that we should work to reverse.

Social workers recognize such subtleties. Such behavior makes sense to them and matches their experiences. They see that it can be reasonable (if damaging and not desirable) for young people who are raised in adversity to use aggression to acquire social status or to engage in delinquent behavior to secure resources when they are deprived of opportunities. In contrast, developmental scientists who study youth behavior are often not focused sufficiently on the context; they may concentrate more on the shortcomings of the individual and on interventions that can improve that person’s outcomes.

Insights into the impact of poverty on learning

Educational practice could gain insights and accrue benefits from broadening the deficit approach. Studies suggest that adversity impairs a variety of cognitive abilities. However, research also suggests that, in some conditions, adversity may improve abilities to switch between tasks. Particularly in stressful settings, this skill seems to come to the surface, whereas it may not be apparent in neutral settings.

Working memory – keeping track of changes in the environment – also seems to be enhanced by some experiences of adversity. These hidden talents could help inform the design of learning environments where the optimal set-up for a disadvantaged child might differ from that for a more affluent peer.

These insights might also help us design more equitable testing environments for children. Exams with problems that require hours of focused activity may be harder for students from disadvantaged backgrounds who are used to more dynamic situations where their attention is more distributed. Pencil-and-paper problems might be harder than hands-on calculations. Problems about money – a pressing need for children from low-income families – might be more difficult than more abstract problems. We should recognize that children in poverty or from working-class backgrounds may be skilled at – and particularly benefit from – solving problems collaboratively.

No one believes that poverty is good. The damage it causes far outweighs any marginal benefits. However, a strengths-based approach, combined with a better understanding of reasonable behavior, can complement the perspectives and tools already available to us, even if this approach comes with its own set of challenges. This endeavor can help us understand how contexts of adversity shape people’s strengths and weaknesses. It may swing the pendulum more toward intervening to improve those contexts and away from simply trying to change the individuals who live in them.