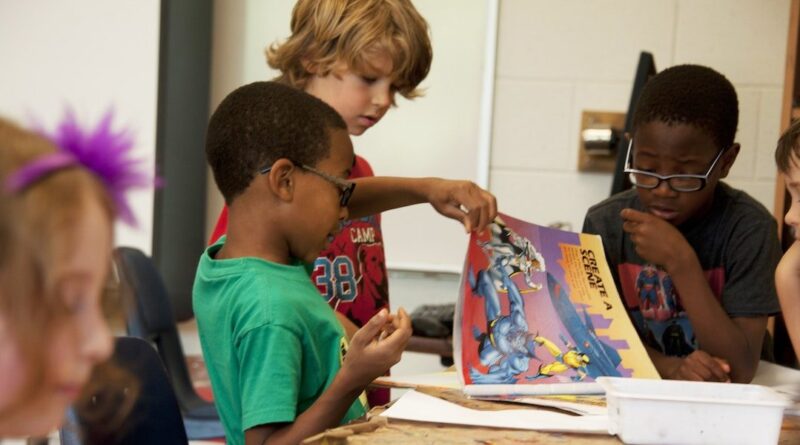 Research has consistently shown that children who are physically disciplined by their parents, such as getting hit or slapped, have more externalizing problems (like aggression) and more disruptive behaviors in the classroom. Their academic performance is also lower than that of children who are not physically disciplined. Even in studies that do not focus on physical punishment, children who behave in problematic ways in the classroom tend to do less well academically, in general, than their peers.

However, this research raises the proverbial chicken-and-egg question: Does disruptive behavior in the classroom interfere with the learning process? Or do learning challenges lead children to act out? For example, when children act out in school, they are sometimes separated from other children and removed from the classroom, which may give them fewer opportunities to learn. Under this scenario, which has been referred to as the adjustment erosion hypothesis, negative behavior comes first, followed by academic challenges. An alternative idea, called the academic incompetence hypothesis, suggests that when children have difficulties learning, they can become disruptive, perhaps out of frustration.

“We found that children who were physically disciplined by their parents in kindergarten had more externalizing problems in first grade, slower rates of literacy learning from K-8, and ultimately, lower overall literacy skills by eighth grade.”

Many studies lack the data to determine when problems start, how children’s behavior changes over time, or even if these challenges start as a result of disciplining practices at home. To examine these questions, my colleagues and I conducted a study, focusing on children’s literacy as an important indicator of academic performance. Literacy is the foundation for acquiring knowledge, especially as children shift from learning to read to reading to learn.

We analyzed data from a large U.S. sample that tracked children from kindergarten through eighth grade. While controlling for factors that have also been associated with children’s behavior and learning, such as socioeconomic status and parents’ education, we found that children who were physically disciplined more frequently by their parents in kindergarten had more externalizing problems in first grade, slower rates of literacy learning from K-8, and ultimately, lower overall literacy skills by eighth grade when compared to children whose parents did not use physical discipline early on. Our findings support the adjustment erosion hypothesis and show that parents’ physical discipline practices have long-lasting, cascading effects on children’s behavior and learning.

Why might physical discipline in early childhood lead to children’s problem behavior and lower literacy over time? As children transition into a new educational system, as they do when they start kindergarten, they may be particularly vulnerable to the challenges at home. We know from a number of studies that in times of stress or change, children need support. If parents are sensitive to their children’s needs, and offer a supportive and predictable caregiving environment, children feel comforted, safe, and less stressed.

“Promoting a positive environment at home should start as early as possible.”

They also regulate their feelings better, meaning that when a child gets distressed, as all children do, they are better at recovering from their negative feelings. However, if children are parented harshly or inconsistently, they can feel unsettled, and this adds to the stresses they are already experiencing. When some children feel heightened levels of stress, they act out. Moreover, when children are hit by their parents, it signals to them, even unintentionally, that aggression is a way to control others. So harsh discipline in the home may set up children to struggle with getting along in the classroom environment and ultimately, with learning important skills such as reading.

We also know from our research that promoting a positive environment at home should start as early as possible. Early in infancy, when children are so dependent on support, they need a safe and responsive caregiving environment. For example, when babies are very young and cry, they are signaling that something does not feel right. Caregivers need to respond by picking them up and trying to figure out what they need. Babies cannot be spoiled by caregivers responding their needs.

As children get older, they start to test limits and boundaries. Sometimes they engage in behaviors that could harm themselves or others. Parents can learn strategies that are more authoritative in which they set clear boundaries (e.g., telling that that “it is not okay to push your sibling”), teach them better ways to regulate their feelings (e.g., using words, not physical force), and provide comfort when children are distressed. Using more authoritarian methods such as hitting a child to “teach them the rules” may work in the short term but does not work over time.

Early parenting behaviors are important for children to help them feel safe, learn how to explore safely, and regulate their feelings so they do not resort to acting out at home or in the classroom. Promoting better ways for children to manage their behavior can also help them in the learning environment, which can set them up for success.