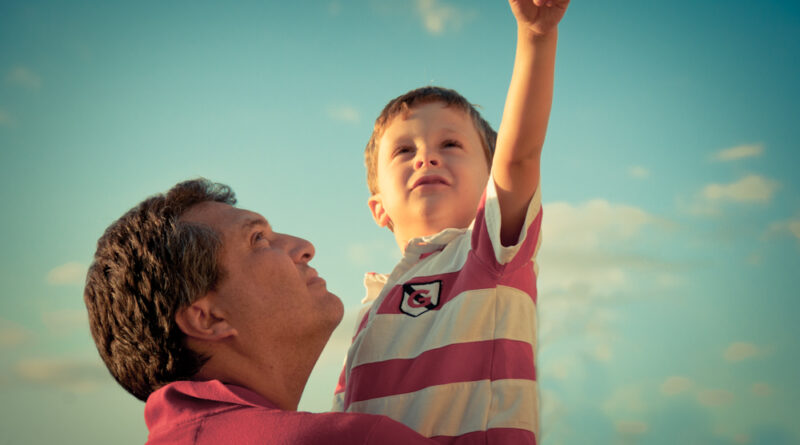 In December 2020, Gitanjali Rao, a 15-year-old inventor from Colorado, was named Kid of the Year by Newsweek. Showered with accolades, children like Rao are often treated as if they are unicorns, completely different than others their age. But that need not be the case. Virtually everyone begins life with the necessary building blocks to construct new ideas (defined here as a solution to a problem or an explanation for phenomena). However, by age five, only some children are still on a path to become adept at such thinking, while most leave it farther and farther behind. But such a fate is not inevitable.

What would it take to help all children be able and eager to pursue ideas? The answer lies in two processes that begin during the early years: inquiry and invention. If you have ever watched three-year-olds at play, you have seen how children first pursue ideas. It usually begins with a problem: A child wants to fashion a tent out of blankets and pillows, understand why some bugs fly and others do not, or figure out how far the stars extend in the sky. Parents and teachers can fan the flames of children’s natural drive to think things through. To do so, adults should give children plenty of opportunities to solve the problems that grab them, spend time talking with them about the intellectual puzzles that haunt them, and guide them to test their speculations and revise their ideas. Parents and teachers should also be willing to talk with children about things that are unfamiliar, unknown, and perhaps even uncomfortable. By building on children’s powerful drive to inquire, invent, and mull over complex problems, adults can help them become avid, supple, and astute thinkers.

“What would it take to help all children be able and eager to pursue ideas?  The answer lies in two processes that begin during the early years: inquiry and invention.”

Eager to learn from the start

Babies are born curious, equipped with antenna for detecting novelty. From early on, they notice when a new object or event comes within view or earshot. Research suggests that infants become familiar with their mothers’ tone and cadence while in utero. Soon after birth, most babies respond differently when someone other than their caregiver talks to them. Within months, whenever they see something different from what they have seen before, their heartbeat slows, their breath quickens, and their skin produces more moisture — all signs that they have taken notice.

Watching visual patterns or images projected onto a screen, babies look longer at the one they have never seen before. They absorb the new phenomena, looking and listening until they see something that is no longer surprising. But they quickly go beyond using just their ears and eyes. Soon enough, babies expand their investigative repertoire to include touching, grasping, licking, and mouthing. By two-and-a-half years, they have acquired an explosively more powerful tool for investigating the world: questions. Toddlers can ask about items around them, but also about the past, the future, and the unseen. Since so much of their daily lives brings them face to face with new sights and sounds, their novelty detectors go off all day long, leading to a day crammed with investigation.

“Adults should give children plenty of opportunities to solve the problems that grab them, spend time talking with them about the intellectual puzzles that haunt them, and guide them to test their speculations and revise their ideas.”

Compared to other mammals, human newborns seem helpless; after all, other mammals walk and nourish themselves within hours of life. Yet by their third year, humans have learned a dazzling array of information and skills never available to the smartest dog, horse, or pig. The newborn cries and makes vegetative noises, but the three-year-old talks in full sentences; can carry on complex conversations; refers to the past and the future; and can tell intricate stories that include characters, plots, and surprise endings. Children’s urge to investigate explains how helpless infants, who merely burp, gurgle, kick, and cry, become savvy members of the community in just three years. Curiosity is the psychological foundation that explains the vast terrain of knowledge and skills acquired, apparently effortlessly, by all typically developing children.

The power of specific interests

But the endless barrage of surprises and mysteries does not last forever. By the time children are three, they have a huge working knowledge of their everyday routines and environments. They know what will be on the breakfast table, the kinds of things their family members typically do and say, and what will happen on a trip to the grocery store. The everyday world becomes the familiar background to more distinctive events and objects, which call out for further explanation and mastery.

At this point, children are ready to be somewhat choosier. They begin to play a more active role in deciding what aspects of daily life they can skim over and which to zero in on. While virtually all 18-month-olds seem inquisitive most of their waking days, four-year-olds are likely to seem blasé about many aspects of daily life: the trip to school, a visit from a neighbor, or the pigeons out the window. During this period, when daily life becomes mundane, most children develop specific interests. One becomes fascinated with bugs, another intent on watching to see what makes people laugh, and a third absorbed by small gadgets. But not all children focus on objects or creatures. Some collect information about the invisible or ungraspable, for instance, god, death, or infinity. In an examination of a large database of two-five year olds talking at home, children often asked many questions about such topics across relatively long periods.

“Helping children become capable of and interested in developing ideas requires concerted effort from adults. And here the pandemic has, ironically, provided an opportunity.”

For example, in the following exchange, a mother had just explained to her four-year-old daughter Laura that their pet bird had died. “He took his nest down and he knew he was dying and he got himself ready,” the mother said. At various points throughout the day, Laura said:

To sum up, although it is often invisible to adults, young children collect information about a wide variety of topics, and such knowledge lays the groundwork for future ideas. However, inquiry tells only part of the story.

The role of invention

Spend 15 minutes watching four-year-olds at play and you quickly notice that they don’t spend all their time investigating. Just as often, they are devising new objects out of various small items (e.g., string, silverware, blocks), planning imaginary scenarios, or mapping out the rules for new games. In other words, they are busy inventing. Just think of the child who fashions an airplane out of a small cardboard box, uses shoelaces to lock a sibling inside the bathroom as a prank, or lays bath towels over an upside-down chair to create a fort. All these actions are simple inventions. Meanwhile, children are engaging in other more intangible inventions — stories that recreate an upsetting experience, charts of made-up superheroes, and explanations of zero. These, too, involve new combinations of familiar elements to achieve a goal. But that is just the first stage of inventing.

The road that leads from the earliest and simplest constructions to the more complex solutions of older children and adults is somewhat circuitous. Research has shown that very young children are stumped by some aspects of innovation. In one study, young children were invited to retrieve an attractive sticker from a small basket placed far down a narrow plastic tube. Offered various materials, including pipe cleaners, to reach the sticker, four-years-olds did not think to bend the pipe cleaner and use it as a hook. They could perform all the requisite actions, such as bending the pipe cleaner or selecting the correction solution when asked to choose from several options. But they could not seem to coordinate all the elements needed to solve the problem.

Researchers describe this as a difficulty with ill-defined problems, a skill essential for more sophisticated thinking. Some new data suggest that young children are more adept than previously thought when solving problems that they find imaginatively compelling. In our lab, when children had to get a small character across some water to rescue another character, even four-year-olds readily used available materials to devise bridges, catapults, air balloons, and stilts.

Meanwhile, just as children get better at orchestrating many elements of invention, they appear to lose a valuable asset. They become more rigid at using familiar objects in new ways, often stuck on whatever purpose they think an object was intended for. While the developmental picture of invention is complex, it points to one clear conclusion: When children invent, whether a fort, a story, or a new game, they use most of the tools required for more sophisticated problem solving; they use or combine familiar elements in new ways, thinking of different ways to achieve a goal, imagining future outcomes, and revising their plans.

Understanding the idea of ideas

During the early years, inquiry and invention develop separately. Before these concepts can be harnessed together to pursue more formal ideas and solve challenging problems, children need one more thing: the ability to treat one’s thoughts as an object — a mental representation that can be examined, revised, or reconsidered. We now have evidence that between the ages of five and six, children begin to understand the idea of ideas. When experimenters asked children to explain what an idea is, four-year-olds cast it in concrete terms: a plan of action or an object they made. For example:

Child: “You could make anything you want, if you have one [an idea].”

But by the time children are six, most understand that an idea is a product of the mind and that there are many kinds of ideas. For example:

Child: “It’s amazing, or it can be kind of scary.”

The skills required to come up with illuminating explanations of puzzling phenomena and novel solutions to knotty problems are within reach of most children. But this capacity is not inevitable, nor is it simply the natural result of learning to spell, add, or write book reports. Helping children become capable of and interested in developing ideas requires concerted effort from adults. And here the pandemic has, ironically, provided an opportunity. Thrust into extended proximity with their children while they play, do school work, and even attend classes remotely, parents are in a good position to notice what and how children are thinking. When children gather information to answer their own questions (however unacademic or odd those questions may seem), mull over perplexing mysteries, speculate, outline probable or impossible outcomes, or consider alternative perspectives, they are practicing the skills essential to forming ideas. If parents and teachers learn to deliberately foster curiosity and invention, many more children than Gitanjali Rao will be on the path to innovation.