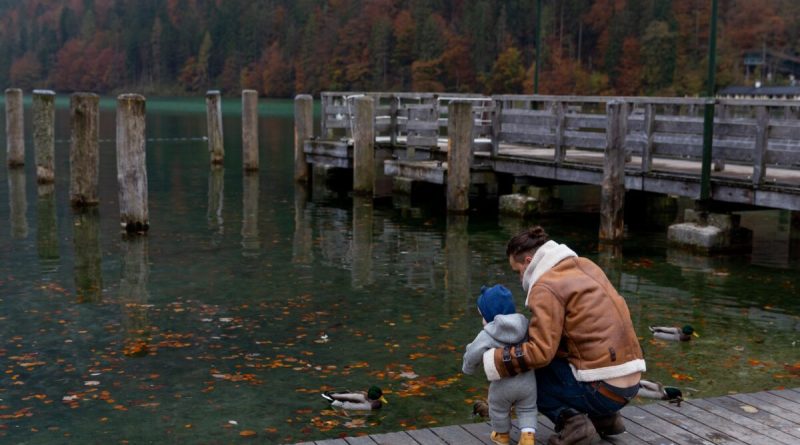 What are social norms and why do they matter?

Recent research shows that this simple shift – from “I” to “we” or “you” – can persuade Logan to wash up before dinner. Here, “we” and “you” are being used generically to describe not just what Logan and his mother do, but what people in general do. Research suggests that this subtle linguistic shift, from “I” to a more general “we” or “you,” is a powerful way to communicate social norms.

Children are strongly motivated to figure out the “right” way to act in new social situations. These social norms range from the mundane to the deeply moral. For example, conventional norms include which way to face in an elevator and how to take turns on the playground slide. Moral norms include refraining from harming others and expressing gratitude for a gift.

Both conventional and moral norms permit smoother sailing in a complex world by allowing people to coordinate their behaviors with one another. Yet learning norms poses a challenge for children. There are many norms that must be learned, and they can vary across cultures and contexts. For example, while it is acceptable to greet close family and friends with a hug, in many cultures, approaching a stranger this way may be less appropriate. How, then, do children figure out which norms apply in a particular context?

Do children rely on subtle language cues to figure out new norms?

A recent study addressed this question by turning to the power of language. Research with adults shows that a compelling way of expressing norms in English is to shift from using an individual pronoun (“I”) to a general pronoun (“we” or “you” — meaning “one” or “anyone”). For example, “I whisper in libraries” may express an individual preference, but “we/you whisper in libraries” expresses a general rule. The authors of this study asked whether children would be sensitive to these subtle shifts in pronouns and use them to figure out norms.

How we speak to children carries messages beyond what we say.

The researchers asked whether, and when in development, children rely on the generic pronouns “we” and “you” to figure out new norms. Addressing these questions may help identify subtle but commonly used linguistic devices that children can use to figure out their complex social worlds. It is well documented that children are rapid language learners, so they may be sensitive to these subtle shifts.

To examine these questions, researchers conducted an online experiment in which children were asked to figure out the right way to play a new game. A game context was chosen because games are engaging and involve norms – that is, there are rules that all players should follow.

Almost 150 midwestern U.S. children between ages 4-1/2 and 9 years participated in the study. First, they listened to two cartoon children describe how to play the game. Across five trials, one child consistently used a generic pronoun to describe what to do (e.g., “Here is what we do next, we move to the blue circle”) and the other child consistently used a specific pronoun (e.g., “Here is what I do next, I move to the green circle”). After each trial, the children were asked which action was correct; this was the key response that interested the researchers.

How do these findings translate to daily life?

This study illustrates that how we speak to children carries messages beyond what we say. Simply shifting from “me” talk to “we” or “you” talk is a subtle but powerful way of signaling the “right” way to act. It is notable that framing an action in general terms was more powerful for children than “I” talk, because previous research shows that individual endorsements can be very persuasive, especially to young children.

Social norms are everywhere. There are times when children or adolescents may be particularly motivated to figure out the “right” way to do things, such as when they go somewhere they have never been before, like a museum; when they join a new team; or when they deliver an apology. Each of these situations is bound by social norms that dictate what behaviors are valued and appropriate. Communicating how to act in these contexts using generic pronouns may signal to children and adolescents that these expectations are shared and broadly applicable, infusing them with additional persuasive force.

In some contexts, parents, teachers, community leaders, and others may need to teach particular social norms to children or adolescents. These could encompass conventional norms, such as how to line up to ensure quick, safe transitions between classes, or norms that are more moral in nature, such as the importance of fairness. In these instances, caregivers may find that using “you” or “we” provides an additional nudge that encourages children and adolescents to follow the norm, especially if it is unfamiliar.

In the study, researchers did not find any differences in persuasiveness between generic “we” and generic “you.” However, in some contexts, one word may be more powerful than the other in promoting a social norm. In situations in which a child is motivated to belong, using generic “we” language may be particularly effective.

Caregivers may find that using “you” or “we” provides an additional nudge that encourages children and adolescents to follow the norm.

Parents and caregivers should also be sensitive to the potential emotional consequences of using generic pronouns, such as signaling compassion. For example, a parent might say to a child who is feeling upset about losing something, “Sometimes we lose things; it happens.” This may communicate that loss is a shared human experience, assuaging the child’s feelings of guilt.

However, at other times, using generic pronouns may inadvertently normalize a less than optimal choice – such as when someone justifies a poor choice with a generic pronoun by saying, for example, “We all cheat sometimes.” A parent may not want to use generic pronouns to normalize these types of behaviors.

This research looked at how generic pronouns can shape children’s normative judgments about conventional norms. Some questions remain unanswered, including: Are children more persuaded to follow moral norms when they are framed using generic pronouns? How do the social identities of the speaker and listener – for example, their genders, ages, races/ethnicities, or statuses (i.e., whether they are in positions of authority) – influence the persuasiveness of generic pronouns?