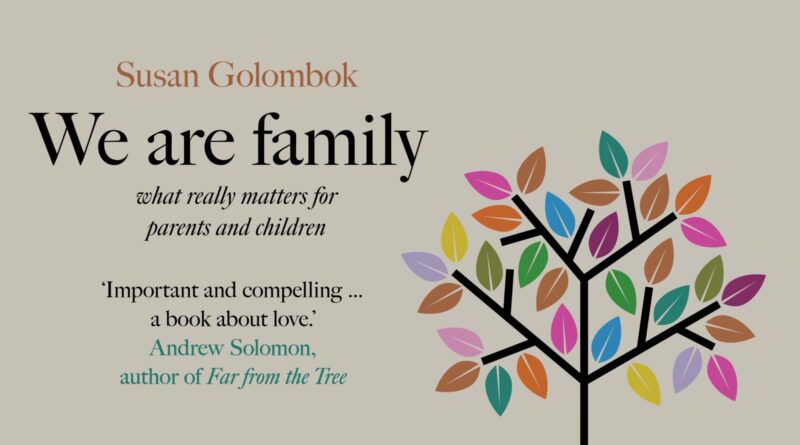 People concerned about children growing up in new forms of families (e.g., LBGTQ families, families created by donor eggs) have worried unnecessarily. In the face of dire warnings about such families, studies consistently show that their children turn out just as well as – and sometimes better than – kids from traditional families with two heterosexual parents. Findings have been remarkably similar, whether studies have focused on families with lesbian mothers, gay fathers, transgender parents, or single mothers by choice. Findings on families created by donations of eggs, sperm, or embryos, as well as by surrogacy, reflect the same pattern.

In studies of all these new forms of family, we, along with other research teams, have found that the quality of family relationships matters for children’s welfare far more than the number, gender, gender identity, sexual orientation, or biological relatedness of the parents.

It has taken nearly 50 years of studies, many following children across decades, to establish the empirical evidence. And there has been plenty of heartache along the way, starting with lesbian mothers who lost custody of their children back in the 1970s. In the half century since then, public and expert fears about new forms of family have underpinned various legal barriers to parenthood, discriminatory practices, and widespread stigmatization.

“My brother and I knew people in our school that had gay and lesbian parents and that did get bullied quite a lot, and that scared us from telling people.”

However, even though research on children’s outcomes is clear, the story does not end there, for two reasons. First, the diversity of new family forms seems likely only to expand as science advances and people seek new paths to parenthood. Artificial wombs, eggs, and sperm are just over the horizon. At the University of Cambridge Centre for Family Research, we are already examining children’s outcomes in co-parenting families in which couples are not romantically involved, children are parented by single fathers by choice, and transgender people give birth after they have transitioned.

These developments pose fresh challenges to what has long been seen as the norm for children to flourish. Let’s hope people avoid repeating over-hasty judgments. We should await the evidence and be calmed by encouraging outcomes from other new forms of family.

Children are asking for change

Second, and perhaps more important, there is much more to say about children in these new forms of family, beyond simply logging their long-term outcomes. What is it like for them to grow up in such families? We should listen to their voices, and hear their thoughts and feelings. To that end, our team has conducted many studies gathering children’s stories.

Through our work, we have found that schools, parents, and the wider society still have much to learn about supporting children in non-traditional families through their experiences, which can be upsetting. The distress is not related to the type of family children have, but because of stigmatization, inadequate communication, and lack of understanding, mainly from those on the periphery of home.

So, for example, many children with LGBTQ parents have been stigmatized in school, by society, and sometimes by wider family. When we interviewed children of lesbian mothers born in the mid-1960s when they were young adults, almost half reported being teased or bullied as teenagers.

“I wasn’t allowed to go to my friend’s house anymore,” said Anna. “Her mum and dad forbade me from going anywhere near, and that hurt me because she had been my best friend for a long, long time. I lost that friend. And then, of course, there was a chain reaction. Everybody found out. They said, ‘Don’t go near her, she’ll turn out like her mum.’”

John was bullied when schoolmates found out about his lesbian mom. “School was one big nightmare really, because I got picked on so much,” he explained. “I had cigarettes stubbed out on the back of my neck, and high-heeled shoes thrown at me, and a bit of hair cut off, and my head chucked down the loo, and that sort of thing.”

Children have felt the need to clam up about their families because of widespread prejudice. Stacey explained: “My brother and I knew some people in our school that had gay and lesbian parents and that did get bullied quite a lot, and that scared us from telling people. So, we never told anyone. It was hard keeping secrets.”

“Schools, parents, and wider society still have a lot to learn about supporting children through their experiences.”

Schools must create a positive, supportive environment for such children. It pays off. Carol, 14, highlighted helpful action by her school: “Basically, they spread the word how it’s not very good to say, ‘Oh this is so gay’ or ‘that’s so gay,’ even though it’s used as a different meaning. They tell them that’s wrong and why you shouldn’t say that.” Mike, 17, recalled how a new English teacher, who was gay, made a difference: “He has one of the Stonewall ‘Some People Are Gay, Get Over It’ posters in his classroom. Just seeing the poster in his room is really cool.” As part of our research project, the UK campaign for equality of LGBTQ people, Stonewall, published 10 recommendations from children on how schools can support them and their same-sex parents.

Children of transgender parents have been bullied and teased in similar ways, and inclusive attitudes by schools can help them. Wendy explained: “I put my hand up and said, ‘I don’t have a dad because my dad’s transgender,’ and I got an award for it ‘cos it was actually really brave of me to say.”

Parents also should consider being more open about what is happening in their families. “It would have helped if he had explained things a bit better,” said Henry, 18, reflecting on when his father transitioned to being a woman. “It wasn’t so much him wearing dresses, but more him being a bit manic and doing strange things.” Chris, 18, advised other children in a similar situation: “Try to get them to communicate with you as much as possible because it’s worse if things are happening and you don’t know why.”

Children tend to accept, in a matter of fact way, their father’s or mother’s change of gender if it happened while they were little or a long time ago. “Chloe’s always been Chloe,” said Susanna, 14, who was a toddler when her father transitioned. “I don’t remember when it actually happened, so it’s basically been for as long as I remember.”

Experiencing transition can worry them

Another upset can be rejection of parents by their wider family, so children lose contact with some relatives. Theresa, whose father transitioned when she was six, explained: “People on my mum’s side of the family really struggle with it. Her parents and brothers, and basically everyone over there, cut us off. It made me sad and kind of angry because it’s really no reason to be horrible.”

“When children found out later, as teenagers or adults, they felt more negatively about how they were conceived and their relationship with their parents.”

Children should not have to explain their families

Children may also feel responsible for explaining to the outside world issues such as gender transition. “My problem,” explained Susanna, “has been having to explain to other people constantly because no one really understands.” Josh reported: “Sometimes, random people ask me questions and I have to explain to them. That gets tiring for me.”

Our research has highlighted issues for children born through assisted reproductive technologies, such as egg, sperm, and embryo donation, or surrogacy. Some children as young as two or three years might ask of a single mother by choice: “Do I have a daddy? Where is he?” Some – but by no means all – especially as they get into their teens, are eager to fill a gap in knowledge about themselves by finding out more about their donor, surrogate, and any half-siblings born to the same donor or surrogate.

Tell children early about their origins

We have found that it is generally better to start talking to children early about how they were conceived and born. Children who find out later, as teenagers or adults, tend to feel more negatively about how they were conceived and in their relationships with their parents than children who have had the conversation about their beginnings early. Many parents hold off telling their children, fearing that the children will love them less. However, these fears are unfounded because children who are told early tend to be very accepting, often not particularly interested, and unshocked by learning more as they grow older.

The risks of not disclosing this information to children have grown with the advent of ancestry sites offering DNA tests, which can suddenly lead unsuspecting children to discover half-siblings and relatives of whom they had no inkling. Children may find their identities destabilized, and learning about their beginnings in this way can undermine their trust in their parents.

The story of new forms of family is largely good news, of children flourishing, much as we might expect them to do in traditional families, and sometimes doing even better. The composition of their family does not upset them. It is other factors, such as people’s reactions to their family or the lack of information about their origins, that cause them distress. The solutions lie in better understanding, greater societal acceptance of diverse families, swift challenges to prejudice, and openness within families about where their much-wanted children came from.