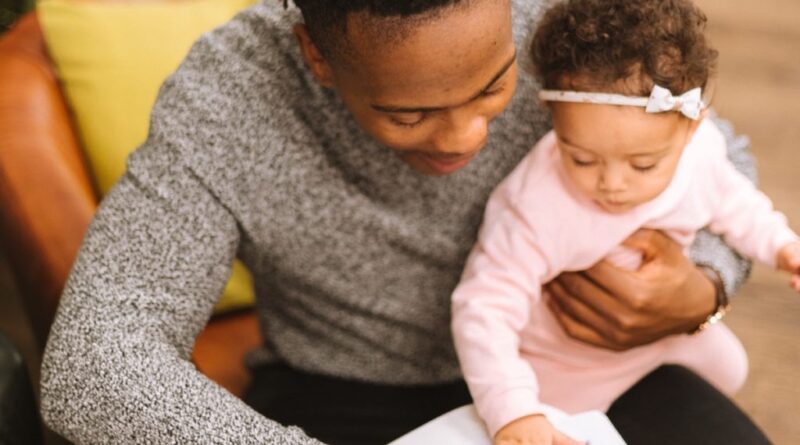 How central is hands-on, caring fatherhood to men’s roles in families? We know that many fathers are very capable caregivers. Data show that fathers in many parts of the world are doing more hands-on care than their own fathers did. Many dads warm to the role. And research demonstrates that involved fathering benefits children. But how much is interactive caring at the core of who men are as fathers? Is it a passing development, an aberration from men’s foundational, evolved roles over the history of our species: to be a hunter/breadwinner?

New anthropological research offers an intriguing answer. It suggests that caring fatherhood is not only core to men’s parenting, but that it may have come first in human evolution, before fathers provided food for their offspring. Indeed, if humans had not first developed early forms of caring fatherhood, then the provider father might never have arrived: Thus, “caring dad” may have laid the evolutionary foundations for “provider dad.”

This explanation springs from our attempts to understand a very distinctive and unusual feature about humans: We are virtually the only primates who routinely share large quantities of food with one another. Adult males, females, and children benefit from such sharing. Indeed, the pooling of high-energy food resources (such as meat and root vegetables) helps explain how humans evolved large, energetically costly brains that make up only a small percentage (~4%) of our body weight but require nearly 20% of the calories we burn each day. It also helps explain our unique family strategy of raising many very needy, slow-growing children at the same time, which sets us apart from other mammals, including other primates.

“These findings highlight direct caring for children as an important feature of men’s lives from early in human evolution.”

The advantages of food sharing can be seen in some contemporary societies that practice foraging (or hunting and gathering) to meet their food needs. Hunting can generate large, nutrient-dense food resources, but successful hunts of large animals are also unpredictable. Men’s specialization as hunters is generally possible only with the nutritional assurance provided by women’s more consistent foraging of plants, insects, and other small animals.

Thus, it is clear why humans continued to share food after sharing had become established. The more difficult question is: How and why did it begin in the first place? Food sharing and role specialization can be costly to the sharers; you need reliable partners for it to pay off. Hunting is risky and was probably inconsistent in the deep past, with simple technology and rudimentary communication. So humans would not have hunted routinely – and would likely not have shared the proceeds widely – if there was no assured payback.

The evolution of sharing would have required a history of cooperation, trust, and reliability within communities, including between males and females. What conditions might have enabled such strong, prosocial relationships to have already emerged among early humans and our extinct ancestors? Through observation of non-human primate behaviors, my research team suggests an answer: Low-cost, basic forms of adult male care of infants, aiding mothers, helped pave the way for greater cooperation, including food sharing.

For example, in some baboon species, individual adult males in larger multi-male, multi-female social groups form close social bonds with females when they have an infant. These adult males are very tolerant of the infant. They provide protection against infanticide and from aggressors in the group. These baboon friendships between adult males and females emerge during pregnancy and often continue beyond weaning, but they dissolve if the infant dies. Thus, the male-female relationship is supported by a loose form of joint parental care, which can give the male a better chance of mating, though the female generally does not mate exclusively with that male.

Male mountain gorillas are also very tolerant of infants and juveniles, and interact with them, even though they do not seem to differentiate their own young from those of other males. This caring behavior may enhance the males’ attractiveness to females: Males who provide more direct care have more reproductive success, according to a recent study by my colleague, Stacy Rosenbaum. Likewise, macaque females in some species prefer males who interact with infants, according to recent data. So it seems that basic paternal care can emerge in primates even in non-monogamous situations when the males are unclear about paternity, which was long thought to be a major evolutionary barrier to committed fatherhood. This care for infants, and the relationship bonds that it builds with females, is low cost and thus possibly part of males’ mating effort.

We argue that similar low-cost behaviors could have evolved in early humans and then been ratcheted up through evolutionary time. Caring would have laid the social and trust foundations for the later emergence of more proactive, riskier, more costly food sharing. Such food sharing eventually led to subsistence specialization and resource pooling that became common in human families and communities. Thus, we argue that the caring father predated the provisioning father rather than vice versa.

Another indicator tells us about the ancientness and centrality of child care to men’s parenting: their biology. Nurturing caring is supported in men and regulated by variations in hormones such as testosterone and oxytocin. There is evidence that men with lower testosterone often engage in more prosocial, generous, and empathetic behavior than men with higher testosterone. Our team of researchers was the first to identify, in the Philippines and subsequently in other contexts, a relationship between lower testosterone in men and the amount of child care they do. In a large project that tracked men in their 20s over five years, testosterone levels dropped significantly when men became partnered fathers.

“This perspective questions how paternal roles have been viewed through 20th-century industrial societies, which shaped narrow perceptions of men’s capabilities.”

Therefore, fathers appear to be biologically primed to provide direct care for their children. Indeed, in many other animals, fathers’ hormones change in similar ways when dads cooperate with moms to raise young. As anthropologists, we know that cultural contexts have large effects on shaping human parents’ roles in families. So it might be most accurate to say that men are biologically evolved to be culturally primed as caregivers.

These insights suggest that caring fatherhood is not an aberration of changing current social conditions. Rather, it is rooted in our evolutionary past and can be supported by changes in testosterone, other hormones, and the brain, which help men shift from one specialized role to another and back again. A biological and cultural requirement for these shifts toward caring is men’s proximity and availability to their children. In some societies that practice foraging, men are with their children for much of the day, and those fathers are more involved in hands-on child care than fathers in virtually any other human societies. We are still learning about the biology of fatherhood in these societies, but these caring behaviors and fathers’ availability to their children often correspond with lower testosterone in men in the Philippines, the United States, European countries, Israel, and other settings.

Is caring fatherhood linked to being community minded?

In our most recent research, we explored whether testosterone levels are linked to fathers’ social roles not only in the family but also in the broader community. In the Republic of Congo, we studied fathers in BaYaka families, which rely on forest resources for a major part of their income. They are generally hands-on dads, holding their babies, taking their older children with them to work in the forest, and sleeping with them as a family. BaYaka communities are also egalitarian and very cooperative.

As part of their roles as fathers, BaYaka men are valued for generously sharing resources across the group, so caring fatherhood in this context is not limited to the nuclear family but extends to the broader community. In our study, we tested for links between fathers’ testosterone and rankings from their fellow dads on these locally valued roles. We found that those men considered to be better community sharers had lower testosterone than their peers. Also, BaYaka fathers who were seen as being better providers had lower testosterone than fathers who were ranked as less effective in acquiring resources. So in many contexts around the world, lower testosterone in fathers is linked to expressions of parenting that fathers, their partners and co-parents, and their broader community value as critical contributions for children.

Caring fatherhood is no longer peripheral

These findings challenge how we might think about contemporary fatherhood and its potential. They highlight direct caring for children as an important feature of men’s lives from early in human evolution. This perspective questions more historically and culturally limited ways in which paternal roles have been regarded, viewed through the particularities of 20th-century industrial societies, which shaped quite narrow perceptions of men’s capabilities. Our growing understanding of the biology of fatherhood underscores the flexibility of fathers to adapt to meet the many different challenges that face parents, whether it is providing direct care to children or food and resources for them.

The digital economy – and more immediately, the COVID-19 pandemic – are bringing fathers’ work back into the home. This means that many men are spending more time in closer proximity with their children. Will this greater availability of dads to children be correlated with a surge in caring fatherhood and further narrowing of the gender care gap?  Our research with BaYaka fathers also raises questions of whether more caring fatherhood can be harnessed to encourage greater community engagement by men in an age when many serious challenges demand communitywide action.