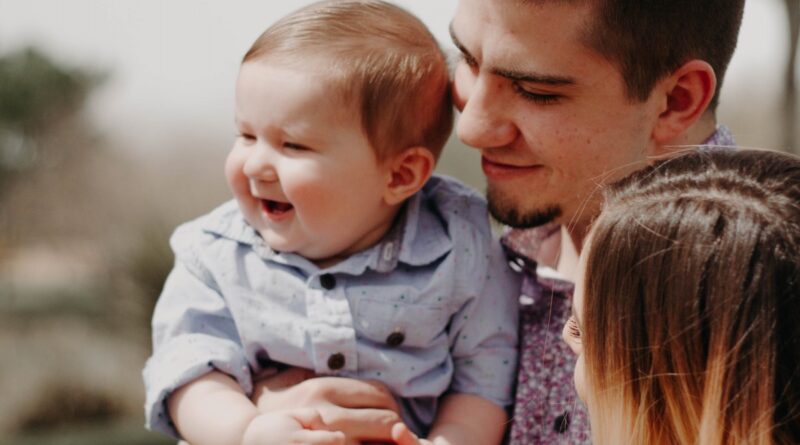 Early emotional experiences leave children with much more than memories. Neuroscience suggests how these experiences can literally shape the ways in which children – and the adults they become – think. These early experiences contribute to the development of the biological mechanisms that process and interpret past and future experiences. They can influence brain circuitry that makes meaning from what has happened and predictions for what happens next, sometimes throughout children’s lives.

These insights from neuroscience place parents – not only their actions but also their well-being — at the heart of children’s brain development for two reasons.

First, parents are usually the source of their children’s earliest experiences and those who are likely to influence brain development. The nature of this relationship highlights the importance of understanding these experiences.

Second, parents also provide a buffer between the world and young children’s brain development. If parents can manage the stresses the world throws at them, then children may learn how to manage challenges better. Children are also more likely to be protected from biological responses to adverse events. In contrast, when parents are overtaxed and have difficulty regulating themselves, children may be more vulnerable to external stressors.

This understanding of how moms and dads influence children’s brain development makes a fresh and compelling case for supporting parenting. It also demands action to help ensure that parents are supported and buffered. It means that, if we care about children, then we as a society should care a lot for their parents.

“A parent is an extension of a child’s developing neurobiology – like an interpersonal scaffolding that affords a long childhood.”

This understanding of children’s neural development springs from observing how the brain functions. My colleagues and I have looked at a key communication inside a particular part of the brain — between the subcortical brain regions and the medial prefrontal cortex. These areas support and link emotional learning with subsequent emotional behaviors.

Subcortical brain regions learn at a deep level about positive and negative events, and they create emotional memories. Meanwhile, the medial prefrontal cortex is involved in managing behaviors, as well as in planning and decision making. These two areas are connected and therefore, communicate with each other. The patterns individuals establish in making meaning seem to influence how they interpret what happens and how they make decisions.

We have observed how these regions of the brain are influenced by early experiences. We can also see how they are then used in later life. This helps us understand how childhood experiences may play out and influence subsequent adult behaviors.

Forming the neurobiology of the childhood brain

What happens in the early building of these brain regions? They develop rapidly during early childhood so they are very vulnerable to environmental influences, whether nurturing or maltreating. These areas of the brain learn about security and threat, create emotional memories, and are involved in managing behavior and decision making. Intriguingly, we have also found that these areas are very sensitive to parents and to the messages or cues parents send to children.

Why does it serve human welfare to be so heavily influenced by these early experiences? Because, as a species, humans have evolved to learn from our early environments so we are ready for what we encounter once we reach maturity. The human brain develops very slowly compared with other species – it’s on a “slow cook” setting. This is a great adaptation that gives us a lot of time to learn from our environments.

Some have said that childhood is a dress rehearsal for the performance of adulthood. The longer the dress rehearsal, the longer we get to stay immature, and the more efficient and powerful the adult brain becomes to help us tackle the drama on life’s stage.

A child’s brain is primed to learn from its closest environment, especially early in life. That makes family and parents a big influence on emotional development. Human children spend a very long time with their parents, compared with other species. This time affords them a lengthy period of brain plasticity — the first two decades of life — during which they can do the massive amount of learning required for the sophisticated set of behaviors human adults need.

The role of parents’ neurobiology

Although parents are not the sole source of input, they provide the bulk of that learning. Part of that learning, especially early in life, springs from the way parents regulate their children’s stress biology (consciously or not). The neurobiology involved in social and emotional behavior is enriched with stress hormone receptors that prompt the body to respond biologically to what is happening. However, the mere physical presence of a parent can reduce the release of these stress hormones in a child.

Mom or dad can also decrease the firing of a child’s amygdala, one of the brain’s subcortical structures that is involved in learning about fear. A parent is an extension of a child’s developing neurobiology –like an interpersonal scaffolding that affords a long childhood. However, this scaffolding can also create a perilous situation when it is difficult for a caregiving environment to be an effective buffer of threat or may even be a source of threat, rather than security, to the child.

“[We must] ensure that parents are supported and buffered. It means that, if we care about children, then we as a society should care a lot for their parents.”

The power of parents as buffers has been demonstrated in studies with rodents. In an experiment that associated a meaningless stimulus – such as peppermint odor – with a mild shock to the foot, young rats learned to dislike the odor (as you and I would) and their amygdala responded to that learning. However, when the rat’s parent was present, the developing rodent, despite smelling the scent and experiencing the shock, did not avoid the smell. Functionally, the presence of the parent blocked the young rodent’s amygdala from reacting. Indeed, the rodent actually showed a preference for the odor. This sounds bizarre, but we have duplicated these findings in experiments with preschool-age children.

These reactions occur because early in life, humans are primed, as dependents on their parents, to form preferences for things associated with them – regardless of how pleasant or unpleasant the stimulus. For example, my father smoked cigars. I know the smell is unpleasant. However, that odor was learned in the context of my attachment to my father, so  I remain drawn to this stimulus. Most people can probably think of things associated with the home (“the nest”) to which they are attracted, regardless of whether they are pleasant or unpleasant. This response is part of a young animal’s survival strategy.

Usually this system works well — it keeps us close to our parents, the nest, and the developmental benefits mom and dad bring. However, this system may also explain why, even in the context of harsh early environments, children still form attachments to their parents and things associated with them. This understanding helps explain why children often resist being separated from a parent even where there is maltreatment. It highlights the difficult and complex issues involved in separating any child from his or her parent.

The adult brain and its inheritance from childhood

Next, let us think about the adult brain: How do these brain circuits, shaped by early experiences during childhood, work later in life? Studies show that these neural circuits are activated when adults are trying to manage strong emotions, say, after a really bad day at work or when someone needs to calm down. The same neurobiology – between the prefrontal cortex and the subcortical regions – is involved when we lack complete information and need to fill in the gaps to understand fully what is happening.

Taken together, these observations of the brain suggest that early experiences may influence future behavior by providing a template for understanding how the world works. One person’s templates differ from another’s. Such templates are presumably supported, at least in part, by subcortical regions and the medial prefrontal cortex.

In situations of incomplete knowledge, a template influences an individual’s predictions of what a situation means and guides the response. Thus, matching what behavioral psychologists described more than 60 years ago, neuroscience can provide a biological model of how early experiences with parents and other caregivers form templates that influence how adults operate socially and emotionally, sometimes throughout their lives.

To care for children, care for their parents

All this demonstrates how important it is that parents themselves feel supported and are well-regulated. When parents are overly distressed, they may find it difficult to effectively buffer their children’s stress biology. However, when parents themselves are well and feel relatively secure, they are probably more effective than any other intervention in managing their children’s emotional reactions.

Parents are powerful; they are the conduits of the emotional world to their children. This is easy to see in everyday life: If parents react well to something, their child often will do the same. If parents respond in a calm way, their child will likely follow that lead. In certain senses, parents are an extension of their children’s developing brain. For that reason, we should consider: How can we support families so parents regulate themselves well to help their children become well-regulated?

Certain policies around parenting place children’s mental health at risk. For example, imagine the problems caused by the policy of separating children from parents who tried to cross from Mexico to the United States without visas. There are other areas of policy to consider. For example, how should we shape employment practices to ensure that mothers and fathers are sufficiently present in their children’s lives to provide a calm buffer against adverse experiences? How can we ensure parents’ mental, physical, and economic well-being so their wellness protects their children?

Childhood adversity is the leading environmental risk factor for mental health problems. Many of these problems are preventable – they are not genetically determined from birth. That’s why, if we are serious about caring for children, we must care for parents.

Parents ask me, “What is the best parenting advice you can offer?” I tell them, “Do what you can to take care of your well-being, to make sure you are feeling safe, and to manage your own emotions in a healthy way. When you feel this way, that gets translated to your children in a powerful way.”